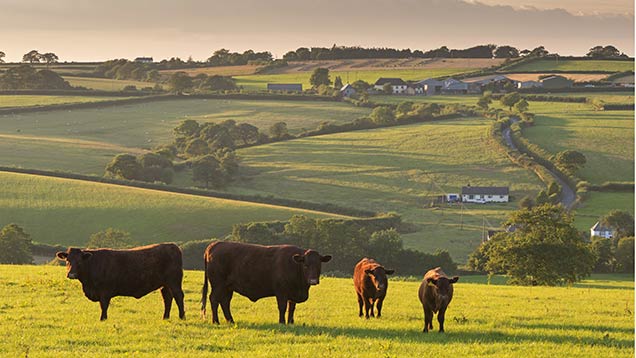 The Taxpayers Alliance (TPA) has called for a “drastic rethink” of council owned farms – suggesting they should be sold off to help local authorities balance their budgets.

Local authorities own 2,586 farms, according to research by the TPA, which campaigns for lower taxes and an end to “wasteful government spending”.

The three local authorities that own most farms are in south-west England. They are Gloucestershire (130 farms), Devon (115 farms) and Cornwall (108 farms).

Two further local authorities each own more than 100 farms. They are Lincolnshire (105 farms) and Central Bedfordshire (103 farms).

County council farm tenancies are often seen as providing a valuable first rung on the farming ladder for people wanting to make a career in agriculture.

But the TPA said its research demonstrated that councils “up and down the United Kingdom are hoarding assets… despite the scale of Britain’s financial challenge”.

TPA chief executive Jonathan Isaby said: “It looks deeply hypocritical for councils to plead poverty as an excuse for hiking council tax when they’ve got such a huge asset portfolio.

“Local authorities should be focused on essential services – the time has come for a serious discussion on what councils should, and should not, be doing.

“A drastic rethink which saw many of these assets returned to the private sector, where some of them clearly belong, would be a dramatic step towards a balanced budget and protecting taxpayers.”

But council leaders dismissed the report as misleading.

A spokesman for the Local Government Association (LGA) said: “Councils are banned from spending the money they make from selling their assets to pay for day-to-day services.

“Assets fund regeneration, housing and jobs for communities, improve the quality of life for residents and help keep down council tax.”

The LGA spokesman said: “Councils are constantly reviewing their estates to ensure they are getting value for money for local tax payers.”