Two early barley export boats are bound for Ireland. The PantaRhei (above) completed loading 3,500t of feed barley on 14 July at King’s Lynn for Cefetra Grain, while the Arklow Forest (below) was loaded with 4,000t at Great Yarmouth for Gleadell. 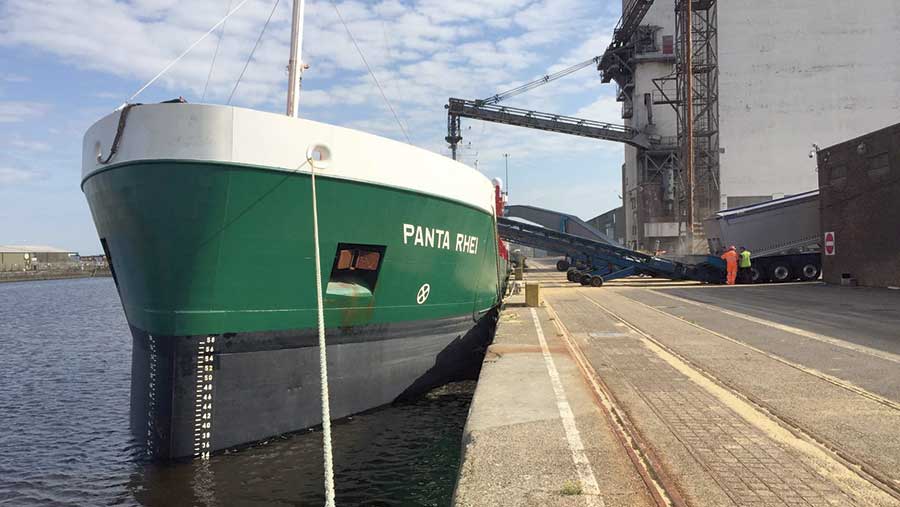 “In general, results are better than a year ago, although there are some high screenings present.”

More boats are en route for the UK, which is expecting to export in the region of 200,000t of feed barley in the harvest position.

Simon Wilcox, Cefetra’s manager of farm grain origination, said that there would also be good domestic demand for feed barley.

With a lot of farm-to-farm trade already being done, supply could be tight in livestock areas, said Mr Wilcox. 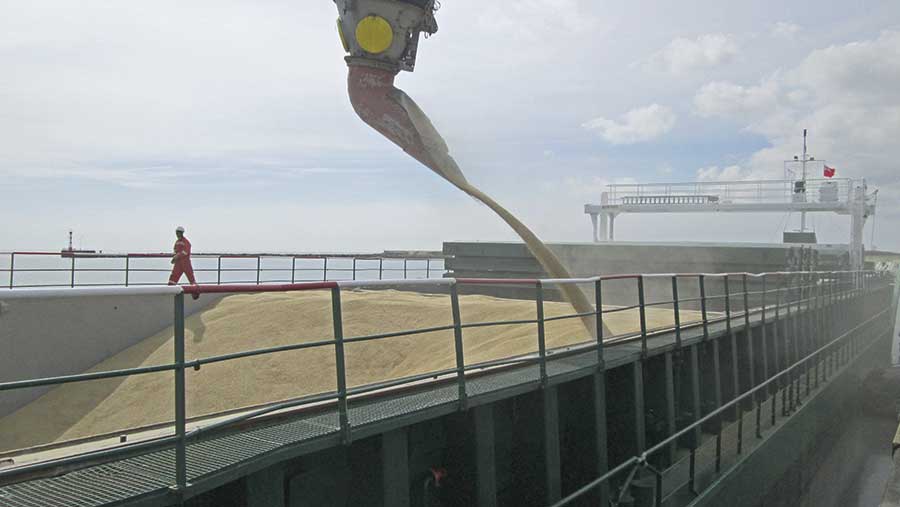