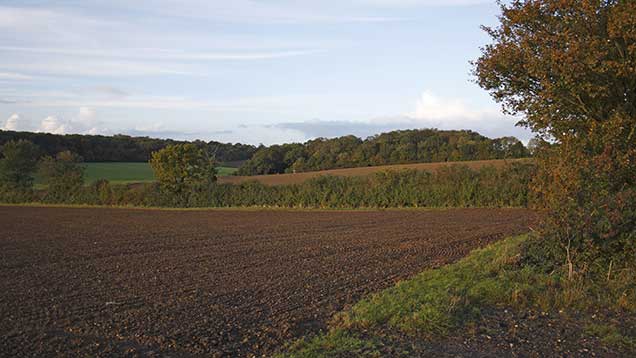 Restructuring is bringing parcels of land to the East Anglian market as farmers consolidate their holdings to improve logistics and efficiency.

Depressed farm incomes and the potential for an interest rate hike are factors, while others see the region’s plateauing land price as a good reason to cash in. Anne Barker from Brown & Co’s Norwich office said that local competition from farmers looking for sub-150-acre blocks was still the key driving force in the market.

“People are looking to consolidate holdings – selling offlying blocks which may be difficult to get to. They may think the market is at its peak so it’s a good time to sell and at try to buy neighbouring land.”
She added that the change in mindset was creating opportunities for those who aren’t tied by location.

“We’ve got examples of where the location is having a huge effect – travelling three parishes is making a £3,000/acre difference.”

Hayden Foster from Clarke & Simpson said there were examples of farmers selling because “it makes good business sense” at a time when interest rates could rise.

“In fact there’s a good argument to say that if you can get land at a market rent it’s better than owning at the moment because there’s no real return from farming on land worth £10,000-£12,000/acre.”

Supply was up in 2015, but premiums were harder to achieve for sellers, said James Brooke of Bidwells.

“We have seen strong prices in some places but mainly guide price or thereabouts has been paid, rather than prices being continually exceeded.”

Rollover money from development land is also driving demand for top-grade arable blocks, but in Norfolk and Suffolk, where buyers were mainly expanding farmers, prices have been more cautious, Mr Brooke added.