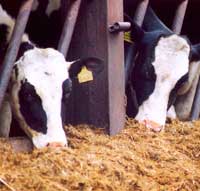 Although the UK wheat crop was some 3mt below last year, the overall yield was still higher than expected, with good crops seen across much of Europe. Yet a number of factors have combined to lift prices, with wheat recently trading £8 10/t above contract lows at the time of writing says Colin Shepherd of KW Alternative Feeds.

Across the EU, there have been consistent reports of a lack of farmer selling, whilst a weaker sterling has improved the outlook for UK exports. The US funds have also become very short on wheat, so as prices bottomed out and currencies hit the right spot, fund buyers had to enter the market to fill requirements. The overall result is more demand than supply.

The current view is although the recent price increase has seen better volumes begin to enter the market, at this stage in the year there’s little incentive for sellers to accept less than the current high £90s for wheat or mid-high £80s for barley.

Energy feeds which warrant specific attention at the moment include sugar beet feed, which has sold well and needs to be booked up relatively soon whilst supplies are still good. Maize meals have also seen strong demand, particularly from compounders and blenders, making supplies very tight.

In contrast, there’s still good volumes of Sweetstarch available, which is excellent value in light of recent cereal price rises, whilst wheatfeed continues to cost well below its ‘true’ value, in feeding terms. With many mixed farms reportedly feeding barley rather than selling it for a low price, wheatfeed demand has been lower than normal, resulting in prices between £74-76/t and a great deal for those in a position to use it.

The other energy feeds worth attention are the liquid feeds. Poor growing conditions and crop sizes in the main sugar cane exporting countries of Pakistan and India have seen production down at a time when demand in those regions is rising. The demand for sugar cane from the expanding biofuel industry also continues to increase.

The result has been that sugar prices have hit a 30 year high, with pressure on supplies and prices likely to continue. Those wanting cane molasses-based liquid feeds should be looking to secure contracts sooner rather than later, or consider switching instead to British beet molasses.

On the proteins front, the market remains unpredictable as soyabean meal continues to trade in the £280-290/t bracket. Although down from the highs of over £300/t, it remains a very expensive feed, with increasing numbers of farmers switching to other protein sources.

Some of the most cost-effective winter strategies involve the use of small quantities of SoyPass rumen-bypass soyabean meal (e.g. 0.6kg/cow/day), plus rapemeal, distillers’ pellets and/or ProtoTec heat-treated rapemeal to create the necessary protein balance. Savings in the region of £50-80/t are still being made, far greater than any swing in soyabean meal prices we’re likely to see this winter.

This option has been helped by the continuously low rapemeal prices, with the feed currently trading in the low £130s ex-port on the spot market for the winter. Prices appear relatively stable at this level, with a good balance between supply and demand, despite the record European harvest of 20.8mt, up 9% on last year.

The other good news on feed proteins is that soyabean meal prices for next summer are continuing to look sensible. Forward contracts have dropped a little in line with spot prices, trading at around £50/t below current levels for May to October delivery, and are worth serious consideration.