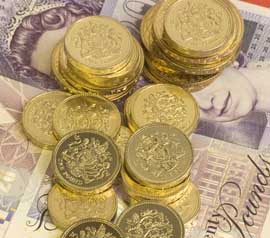 Many farm’s cash-flow will be stretched over the next year as they wait up to 13 months for environmental scheme payments, which they are used to receiving at six-monthly intervals.

RPA and Natural England are making the changes to conform to EU requirements so that, rather than payment dates being tied to scheme start dates, there will be only two payment windows for all annual management payments under ELS, OELS, HLS, and Uplands ELS.

In future, payments will be made between January and March (spring) and September to December (autumn), said Strutt & Parker consultant Andrew Atkinson.

“2011 is the transitional year and there will be an effect on many farm cash-flows,” he warned. “Those with July start dates will go 13 months between payments between January 2011 and January/February 2012, compared to the normal six-monthly payments.

“August and September start dates will get similar treatment and this will mean no payments in summer 2011, traditionally a lean time on many farms.

“The lucky ones are those with April, May and June start dates, whose payments will hardly be affected. Anyone with start dates other than those mentioned will generally have delays of up to four months.”

Timing of payments will not necessarily be the same each year, so cash-flow planning will be more difficult. There is also a profit implication for farms which account for these payments on a receipts basis, as many will have received one less payment during the financial year to September 2011 or April 2012.