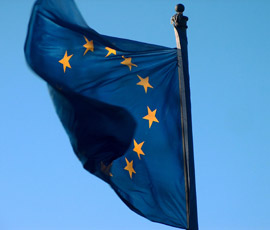 Economic turbulence could make European farm policy obsolete overnight unless reform of the Common Agricultural Policy is more ambitious, according to the House of Lords.

In a damning criticism of current plans to revamp the CAP, the House of Lords EU Committee said reform was needed to do more to future-proof the future of EU agriculture.

Writing to European farm commissioner Dacian Ciolos, the committee said current plans for the CAP post-2013 were disappointing and showed a lack of ambition.

In the face of economic challenges, greater disruption to EU economies could make the CAP obsolete, it added.

While it was pleased that funding for investment in agricultural research would be more than doubled under the plans, the failure to substantially reduce the agricultural budget was disappointing, the committee wrote.

The “one-size-fits-all approach lacks flexibility,” the letter said. “Rather, such ‘greening measures’ should be identified at a national or regional level and recognise the substantial efforts that European farmers have already made.

Lord Carter of Coles, chairman of the Lords Agriculture, Fisheries and Environment EU Sub-Committee, said the committee recognised some positive changes had been made in the proposals.

But it “strongly regretted” that current plans missed the opportunity to make a real difference to EU agriculture.

“Our challenging and difficult economic times demand bold and ambitious plans if we are not only to guard against making the CAP redundant, but also to make the most of the opportunities we have,” he added

“In our report published in July last year, we highlighted the need for Europe to act both quickly and coherently to ensure that the EU’s agricultural industry is ready for whatever challenges may come our way.

“The reform of the CAP is our opportunity to ensure that all necessary changes take place and protect the agricultural industry for years to come.”