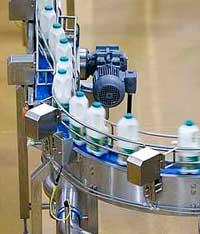 The European Commission has launched a major initiative to ensure farmers do not get ripped off by more powerful players further up the food supply chain.

Launching the new proposals this week, EU agriculture commissioner Marian Fischer Boel said recent developments in the dairy market showed that, all too often, there was a disconnection between farmer and retailer prices.

“Together with national authorities, we will redouble our efforts to ensure than the supply chain works effectively from farm to fork,” she said.

A communication from the commission said that, while it was normal that food prices to consumers and the value of farm products did not always evolve in exactly the same way, the situation was deteriorating.

To counter this, the commission has come up with a number of proposals including:

| To work with member states to indentify unfair contracts

| To increase price transparency in the supply chain

| To oversee commodity derivative markets to contain speculation and volatility

The move has been welcomed by farming organisations. EU farmers body COPA-COGECA said it was a step in the right direction, but called for more measures to help farmers consolidate and increase their negotiating strength.

The NFU said the new policy was a vindication of its own calls for a supermarket ombudsman and standard contracts.

“This report reinforces the fact that there is no excuse for the government not to implement the Competition Commission’s findings, particularly regarding establishing an ombudsman,” said deputy president Meurig Raymond.

Dairy UK director general Jim Begg said comparing best practice on contracts could yield some useful results. “But the commission is right to make this a voluntary exercise, because contracts firmly belong in the commercial domain.”