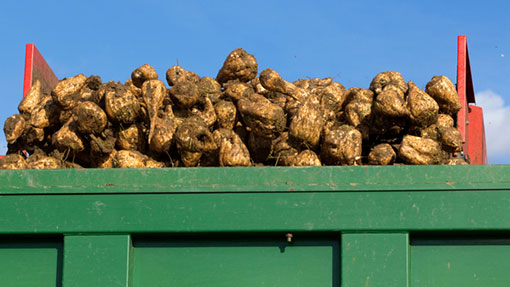 Lower sugar prices in the European Union held back group profits over the past 12 months, said the company, which unveiled its annual results on Tuesday (4 November).

But a strong performance by clothing retailer Primark, also owned by ABF, helped lift overall pre-tax profits for the group to £1.02bn.

European prices were driven down by increased market competition as competitors sought to establish new market positions ahead of the removal of EU sugar quotas in 2017, said ABF.

A desire to reduce higher-than-normal EU quota stock levels also had an effect.

Mr Weston said: “We expect EU prices to fall further during the coming year, but remain confident that our well-invested sugar assets position us among the world’s lowest-cost sugar producers.”

ABF continues to anticipate further restructuring in the European sugar industry and volatility in market prices as the high stock levels are liquidated.

It said: “This structural change is painful, but AB Sugar has risen to challenges of this nature before, and does so this time with a programme of continuous performance improvement.

“We are one of the most efficient producers in the EU and will continue to take the necessary action to ensure that we are well placed to operate in the post-quota environment.”

The world sugar price, which has more of an impact on EU exports and ABF’s Chinese sugar business, was low and fell further throughout the year.

But ABF said it considered the low world sugar price to be unsustainable given that it was markedly below the global average cost of production.

All UK factories performed well, with further progress achieved in performance improvement initiatives and in health, safety and environmental metrics.

The crop for the 2014-15 campaign had benefited from excellent growing conditions, with every indication that it would be much larger than that processed in the previous year.

The new campaign had started well, with production ahead of schedule and Newark and Wissington factories already exceeding daily beet throughput records.

“This larger crop will provide the opportunity to confirm our ability to process the higher volumes that we expect to become the norm in a post-quota environment,” said ABF.