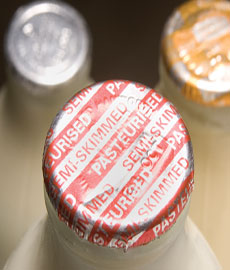 Former Dairy Farmers of Britain suppliers are to receive an additional payment of 2p/litre for milk supplied to the receivers.

PricewaterhouseCoopers said the payment applied to farmers who supplied milk to them after their appointment on 3 June 2009, until individuals had secured a new milk buyer.

“The strategy of the receivership was to rely on the DFB’s customers to pay a fair price for the milk in order not to cause a crash in the milk price.

“In the past six months we have been able to collect more money than we expected from the tail end of the customer book, meaning a further 2p/litre average to all those farmers who supplied the receivership until they found new homes to go to.”

“Farmers are struggling to make silage feed last through a long winter in the face of very high animal feed prices and we hope this brings welcome cash at a difficult time of year.”

The final report by the receivers will be followed in early March by the formal winding up of the co-operative, however, receivership activities will continue for many months. The extra payment will not affect the financial outcome for creditors and farmer members.