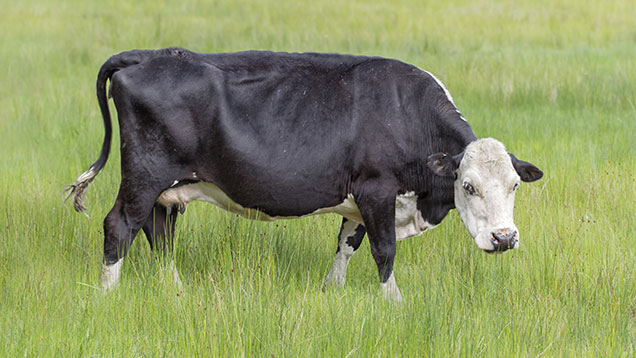 An opportunity to buy a well-equipped, self-contained farm with 317 acres of land that suits mixed or dairy/arable farming has arisen with the sale of Barnhills Farm, Kirkcolm, near Stranraer.

The coastal farm is being run as an arable and beef enterprise, but is also renowned as an excellent dairy farm, said agent Matthew Bell of H&H Land and Property.

“The local climate is heavily influenced by the Gulf Stream, with an excellent record for early and late grass production. Barnhills Farm has a local reputation of being one of the best in the area and could become a cutting-edge dairy farm with very little difficulty.”

Five of the buildings, which include the former dairy complex, are large and modern and suited to stock or crops. There are also hay and silage stores, feed bins, a 360,000-gallon slurry tower, general stores and a workshop. Stock handling facilities are described as excellent.

As well as grass and cereals, the land – all Class 3:1 – can grow potatoes and vegetables. It lies in a ring fence and is well served by gravel tracks.

There are two new, detached, almost identical four-bedroomed houses, one yet to be occupied.

No single farm payment entitlements or quota are included in the sale. Barnhills Farm is available by private treaty as a whole for offers in excess of £2.2m. (H&H Bowe Land and Property 01228 406 260)