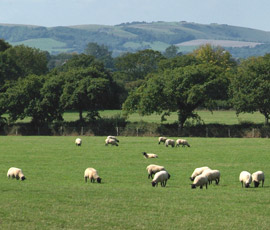 Farm expansion was the main reason behind almost half of all land purchases in 2011, latest figures from Savills suggest.

Most of these deals involved arable producers taking on more acres, said director Alex Lawson. “The arable sector is doing OK at the moment and farmers are feeling quietly confident. They have benefited from some fantastic commodity prices recently and crops in the ground are looking pretty good.”

The proportion of farmer buyers increased 5% last year to just over six out of 10 purchases. Cash – excluding rollover – was the main source of funding in 56% of such deals, while loans formed the major funding in a quarter of purchases, with rollover used in 17%.

“Farming has historically been low-geared business. Farmers don’t like to be heavily indebted so tend to avoid big loans,” said Mr Lawson. “And they tend to buy small to medium-sized parcels adjacent to their farms or near enough to travel to, so tend not to overstretch themselves anyway.”

“Although these buyers were slightly more active, accounting for 24% of purchases, this was much less than the 30-40% seen in 2006/07. A lot of people in the financial sector were earning a fortune then – now they either haven’t the money or are much more conscious about how they spend it.”

The farm transactions analysed are those in which Savills was involved and, as they represent about 25% of the market last year, reflect the national picture, said Mr Lawson.

The figures also suggest the proportion of farmer sellers fell 4% to 43%. That is the lowest level since 1993, further illustrating the sector’s confidence, said Mr Lawson. By contrast, corporate/institutional activity doubled in the year to 13% of deals, the highest since 2006.

However, much of this was probably due to profit taking, said Mr Lawson. “Anyone who bought land three to four years ago or earlier has seen their investment double in value – no other asset has performed as well. For some it is looking like a good time to sell.”

Smiths Gore’s latest research shows farmland continues to be one of the best performing assets. Values for equipped farms rose 2% in the final quarter and by 13% over 2011, said head of farm agency Giles Wordsworth. Bare land values rose by a similar amount.

Although the amount of land for sale remained at historically low levels during the year, the figures show for the first time since 2008 more than 100,000 acres of equipped land came to the market.