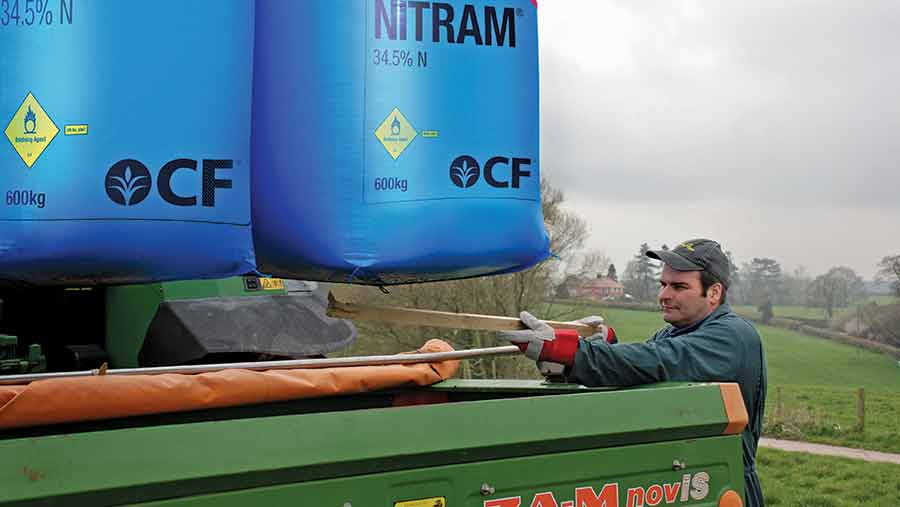 Farmers booking fertiliser and other inputs this week could find terms are withdrawn due to uncertainty over the outcome of Thursday’s Brexit vote.

Traders told Farmers Weekly they were busy with calls from farmers and growers concerned about currency swings if the UK voted to quit the EU.

Earlier this week much lower UK ammonium nitrate prices were released, causing plenty of activity to start the new season.

The value of imported products like urea and ammonium nitrate is linked to exchange rates, which feeds through to the price after manufacturing.

If the pound weakens, any imports become more expensive.

After polls showing a narrow Remain lead, sterling surged to a six-month high against the dollar, with a pound worth US$1.49 in mid-afternoon on Thursday.

But the result remains too close to call, leaving many traders watchful.

On the Anglia Farmers fertiliser and seeds desk, Brett Fordham said he had been “extremely busy” with calls.

He also he would not be surprised if prices were withdrawn on Thursday afternoon. But that happened two or three times a year due to different events, he added.

“Not everybody is all that worried. A lot of [farmers] are not that bothered either way and saying they are going to take a long-term approach.”

Jonathan Lane, Gleadell trading director, said his firm would not “shut up shop”, but the next few days would be volatile on grain and other markets.

“We will trade the market as it unfolds in front of us,” he said. “We have got a significant level of volatility that makes it a challenging environment.”