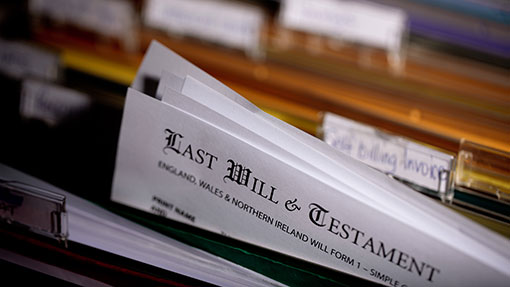 Family disputes are costing farming millions of pounds in professional fees every year and the cost is rising, advisers have warned.

Gary Markham of Churchgate Accountants has seen a big increase in disagreements over the past few years and is dealing with five or six cases at any time.

The average family farm could save a lot of grief and potential costs by spending a couple of thousand pounds getting things in order, compared with the tens of thousand spent on many disputes, he said.

The rapid increase in land prices has contributed to the growth in the number of disputes over the past few years, with the most common causes, according to Mr Markham, including:

At the root of these problems issue was a lack of robust governance of family businesses.

“The majority of partnership agreements are either out of date or inadequate – and there are many family partnerships without any written agreement,” said Mr Markham

This leaves families and businesses exposed to argument over valuations, ownership and entitlement. Where there is no written partnership agreement, the Partnership Act of 1890 imposes terms.

While divorce is common, more important was the increasing incidence of family disputes such as the recent Ham case involving a family farming partnership’s dispute over whether book value or market value of land should be used on retirement of a partner.

Documenting ownership is a key element – farming businesses often add blocks of land and put up buildings without identifying and agreeing ownership at the time.

“The annual accounts of most farming businesses are there simply to calculate the profit to work out the tax but this is no longer good enough. Most annual accounts are wholly inadequate to record property ownership and supplement and possibly clarify a partnership agreement whether verbal or written.

“They need to record annually what assets are held within the partnership – detailing separate blocks of land, houses and so on and who owns them.

“This is a land capital account within the annual accounts and is sadly missing in most cases.

“There are two types of property ownership – legal title normally registered at the Land Registry and beneficial ownership – for example, who gets the cash when they are sold.

“The annual accounts are important in maintaining an annual register of the beneficial ownership of assets – therefore everybody in the family knows who owns what.”

“The annual accounts of most farming businesses are there simply to calculate the profit to work out the tax but this is no longer good enough. Most annual accounts are wholly inadequate to record property ownership and supplement and possibly clarify a partnership agreement whether verbal or written.”
Gary Markham, Churchgate Accountants

This reflects Farmers Weekly’s recent property and land management feature, where solicitor Alastair MacLeod of Clarke Willmott referred to problems caused by a lack of clarity on which assets were owned by an individual and which by the partnership, particularly with reference to divorce cases.

The essential documents in most cases are wills, partnership agreements, shareholders agreements for companies, pre- and post-nuptial agreements or cohabitation agreements.

“Banks do not ask to see a partnership agreement in a family partnership before they lend money – yet they say they charge for risk?

“Nor do banks ask to see the minutes of the last family meeting before they lend money,” he said.

“My challenge to the banks is that if they asked for these documents and records they should be able to reduce their margins a little, providing comfort to the bank and doing a good service to their customer.”