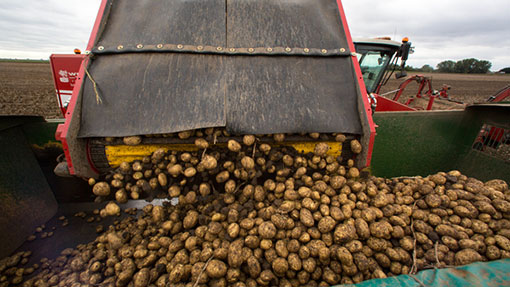 Farm incomes rose by 13% during 2013, marking a recovery from the weather-stricken returns of the previous year, the latest estimates from DEFRA show.

The increase of £631m in total income from farming to £5.46bn for the industry as a whole means income is just 0.7% lower than it was in 2011 after inflation has been taken into account.

The continuing decline in the farming workforce means individuals still working in the industry received a higher share of the total income figure, according to a DEFRA spokeswoman.

The increase in earnings resulted from a rise in output.

Cereals had a more mixed performance. For wheat, prices were up by 7%, but the 20% reduction in area planted meant the total output fell by £75m to £2bn. Barley fared better in terms of total output at £1.1bn, up by £199m. But the increase in supply of barley meant prices dropped by 6% compared with the previous 12 months. Oilseed rape saw a £245m decrease in its total value.

But the livestock industry total was reduced against its potential because the freezing start to 2013 meant feed costs rose by £740m.

DEFRA farm minister George Eustice said: “These latest figures are encouraging and show the industry doing well. A rise in global demand for British food and drink is providing growth opportunities that many of our businesses are taking up, increasing our exports by 50% during the past ten years. Thousands of farms have taken up business grants from DEFRA to help improve farm competitiveness, increase turnover and create rural jobs.”