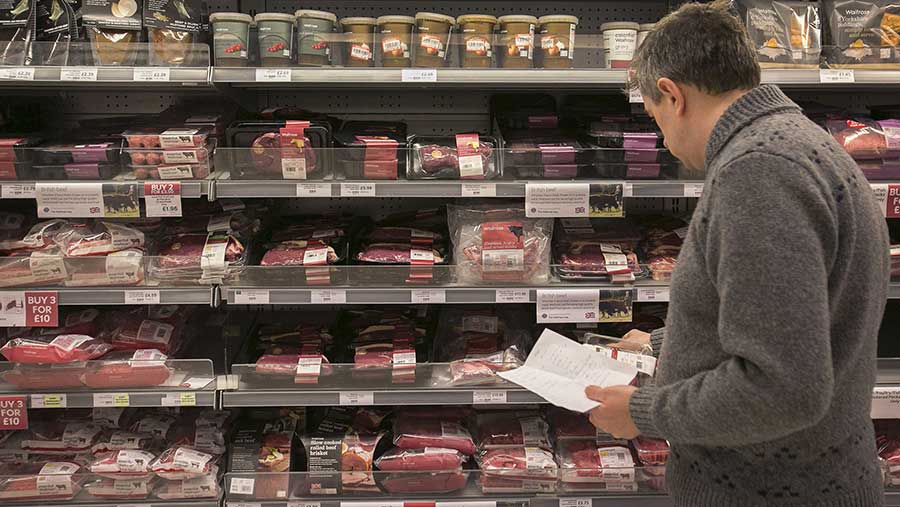 Farmers should be talking more about the freshness of the food they produce and the health benefits eating it can offer, according to a report.

AHDB has published a consumer insight report which suggests shoppers are increasingly looking for food which is “fresh” or “natural” – a trend which could offer the UK agricultural industry opportunities.

The report, Health through the eyes of the consumer, found although “enjoyment” and “practicality” remain the key drivers for the majority of meal choices, health as a reason for choosing food is up 14% on five years ago.

See also: How consumer trends may affect your farm

The trend is so significant that Mintel research reveals 25.3% of all new food product launches in 2016 had a health claim.

Shoppers are also starting to show a greater willingness to cook from scratch so they have greater control over the food they are eating, it said.

Steven Evans AHDB senior analyst said: “The consumer landscape is changing and so are expectations.

“Health is incredibly important and, by the end of 2016, the proportion of food servings in the home chosen for health reasons stood at 32%.

“It’s an area which is growing at a faster rate than that of enjoyment so it’s certainly a trend to watch.”

Mr Evans said it was important to note health could mean different things to different people.

“One area more obvious than others is it’s consumed for a focused health benefit such as being high in fibre or a good source of calcium.

“However, the strongest rise in the past 12 months came from those looking for more natural and less processed food, which we believe points to consumers wanting greater control over what’s going into their meals.

“This provides a good opportunity for producers of fresh and chilled products – especially those who can clearly communicate their health messaging to consumers.”

The report highlighted that even traditional products should shout hard about the health credentials they offered.

For example, Weetabix already is tapping into the trend by referencing the fact it is high in protein on its packaging.

The report said there could be an opportunity to promote red meat by focusing on the fact it is naturally rich in protein and the majority is sold as a fresh product.

“Findings from AHDB’s Consumer Tracker point towards red meat standing behind chicken and fish in consumers’ stating it’s ‘good for you’,” it said.

“Ensuring consumers are aware of the vitamins and minerals red meat can provide alongside any ‘protein’ messaging may assist health motivated purchases.”

Results from AHDB’s Consumer Tracker (in January 2017) run by YouGov also showed 43% of consumers picked up on butter’s natural credentials as a positive point.

Only 21% of those surveyed thought of butter in terms of “it’s not good for you”.

Cheese also scored well for calcium (59%) and being a good source of protein (52%) indicating it could be a good platform to drive consumption, rather than taste.