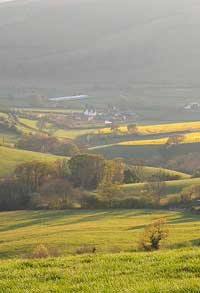 A retired dairy farmer has been branded a racist for objecting to a field being turned into a permanent settlement for a community of travellers.

Council officials warned Bryan Lee he could face legal action if he continued with his ‘racist representations’.

Mr Lee, who had lived next to a community of travellers for 30 years, wrote to Mid Devon District Council when two other pitches for travellers were proposed half a mile from his home in Silverton, Devon.

In his letter, he outlined the problems he had faced with the travellers’ site next to his farm, and said the application for the new sites was “inappropriate for the area”.

He wrote: “The number of families at any one time on the permanent site was an ongoing problem for the local authority, as was the nature of business carried out on the site.

“Horses were turned into my fields regularly. The police were regular visitors, usually to trace stolen property but also to break up fights with traveller families from other sites.”

However council officials said they would take “no account” Mr Lee’s letter and said he may be investigated by the Commission for Racial Equality or the police.

Mr Lee said the council’s reaction was “extreme” and damaging to his character.

“I’m not a racist,” he told the Daily Mail newspaper. “I spent 30 years living next to a travellers’ site and it was hell.

“I had lots of my farming equipment stolen. If my property wasn’t bolted down, it would disappear overnight.

“I wasn’t suggesting all travellers acted in this way – of course they don’t.

“I was simply pointing out what happened in my personal experience.

“I was within my rights to oppose the application, especially after what I’ve been through, without being accused of racism by some jumped-up official.”

Proposals for the sites have since been withdrawn after the council received 50 complaints from residents.