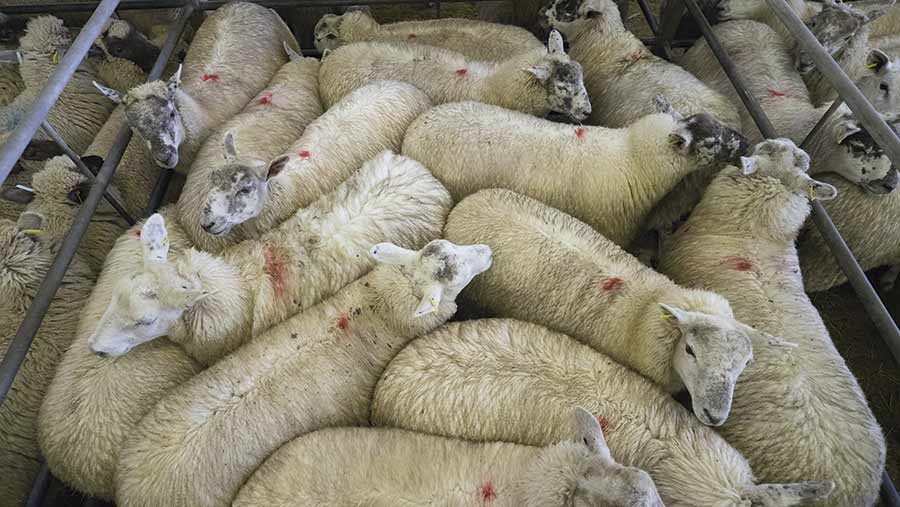 Some sheep farmers can cope with lamb prices below £55 a head, while others estimate they need more than £80 to stay in business, a Farmers Weekly poll has found.

Huge variation in farm cost of production has been revealed by the 200-farmer survey undertaken online last month.

The poll ran alongside a bleak Trade Talk opinion piece, written by livestock auctioneer Chris Clapham of Stags, South Molton Livestock Market, in which he voiced concern for the future viability of prime lamb production.

He discussed a “worst-case scenario” in which lamb prices could slump below £50 a head.

“I am frequently told by my vendors that £70 is the break-even point to produce a prime lamb,” wrote Mr Clapham.

Get a handle on fixed costs

Commenting on the results, NFU livestock adviser Tom Dracup said the values in the poll were higher than the latest AHDB Stocktake cost of production of £58.

However, he stressed that many factors can influence or mask production costs, such as land rental values, machinery depreciation and accounting for unpaid labour.

“What can muddy the waters are the difficulties of attributing fixed costs,” Mr Dracup told Farmers Weekly.

“It is difficult to attribute fixed costs to certain enterprises on a mixed farm. Many flocks run alongside other enterprises such as a beef or dairy herd or an arable enterprise, which can often take the fixed costs of machinery and depreciation.”

He said the sheep farming businesses are often complex, structured around local weather and land type.

“There are constant messages in the industry about streamlining businesses, cutting unnecessary costs and continually reviewing performance and benchmarking using tools such as AHDB’s Farmbench. It is important farms identify areas they can improve, but it’s not easy, as many factors affect cost of production”.

Mr Dracup said cost of production models, already widely used in the dairy sector, could benefit some producers in sheep industry. He said the NFU welcomed new methods to market lamb for its members, adding: “The more options on the table, the better”.

What is important is that farmers receive a fair price and transparent price.  Deadweight sales, livestock marts, forward contracts and cost of production models all play a useful role in the UK sheep industry moving forwards.

A weaker sterling since the Brexit announcement has underpinned lamb prices, but a huge amount of uncertainty lies ahead, Mr Clapham told Farmers Weekly.

“In the meanwhile, lamb prices have seasonal, local and regional trends,” he said. “We are seeing the traditional rise in prices going into December for the Christmas trade and I would expect that prices strengthen in Devon this week, with snow interrupting trading in Wales and the Midlands.

“What is reassuring is that a lot of farming people are working hard to let MPs know what agriculture needs in the future.”