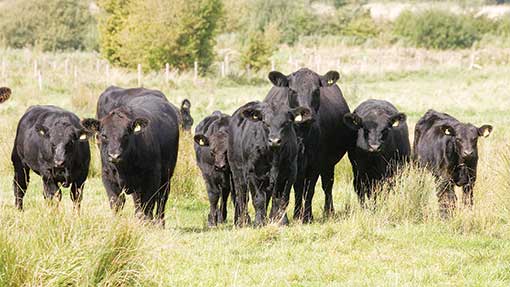 Beef farmers’ share of the retail price has fallen sharply since the autumn, figures from AHDB/EBLEX reveal.

Farmgate beef prices have continued to slide due to low consumer demand but the average retail price has crept up, rising 33p to 704.9p/kg between December and March.

After the horsegate affair, farmgate prices peaked at 397.1p/kg in May and have fallen since, despite a slight recovery in the summer.

The widening gap between retail and farmgate prices since the new year bucks the trend of the last three years, when the producer share rose in the run up to Easter.

AHDB/BPEX senior analyst Debbie Butcher said there had been a downward trend in the farmers’ share over the last twelve months, alongside the sharp, recent drop.

“We have not had farmgate prices coming back for a number of years on the back of fundamental tight supply situation,” she said. “Nothing has changed in the long run.”

“We did not see any real increase in consumer demand as we often see in the run up toChristmas.

“Producer prices have been falling in the first quarter of the year but retail prices have not come down at all.”

Farm leaders have complained that falling farmgate prices were threatening the long-term sustainability of the beef industry.

“It is going to remain the challenge to get that on a shelf at the price a consumer is willing to pay for but the producer can make it for.

“We are trying to work to knock cost out of the industry for producers in terms of red tape requirements.

“Figures from EBELX show we are getting more animals in spec but the markets of price and global feeds are out of our control.”