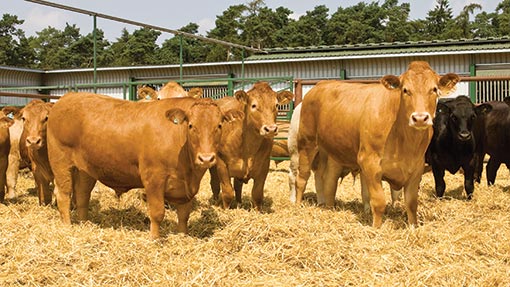 Farmers’ share of retail milk and meat prices has crept up over the past 15 years but making a decent profit remains a challenge.

Livestock and dairy farmers have on average been paid more at the farmgate since the recession hit in 2008 but this has been matched by higher cost of feed, fuel, fertiliser and land.

Retailers and processors have taken a hit on their margins in the battle to tempt cash-strapped shoppers, which intensified last month when Morrisons and Tesco announced discounting plans.

But the farmers’ share remains historically low, as the average for the three meats was 63% in 1988.

Dairy farmers’ slice of the liquid milk price has also risen from 49.6% to 57.5% since 2000, but this is better than their 38% share in 1988, as supermarkets have increasingly used a low on-shelf milk price to draw in shoppers.

Andersons’ partner Graham Redman said the changes in share came from better ex-farm prices in the last seven years while the cash left for processors and retailers had not increased much or at all.

“This does not necessarily translate into equivalent profit rises for the farmer, as costs in farming have also been rising, often at the same rate as the rise in the value of output,” he said.

“This means whilst most livestock farm businesses have seen profits rise, those have only remained the same overall proportion of farm output.

“Dairy farming profitability has been greater but this might not last.”

AHDB market specialist Stephen Howarth said the rising farmgate prices were largely down to tighter supply of UK beef and lamb and supermarkets had been reluctant to pass all the extra cost down to shoppers.

“They don’t want to increase prices any more than they have to, he said. “Buyers are under quite a lot of pressure to bring the price down but there’s not much scope when the supply is tight.

“As soon as they have got the chance with a little bit more product around, the farmgate price can drop because the [consumer] demand is not there.”

NFU chief economist Phil Bicknell said supermarkets were putting themselves under more pressure with recent price wars on milk and vegetables, as this did not tally with strong global demand for agricultural commodities.

“A concern is it potentially devalues some of our important food items,” he said. “But the primary concern to me is that farmgate prices are not affected.”

“We have compared the farmgate and retail prices for beef, lamb, pork and liquid milk in the charts below: “