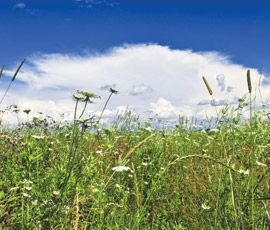 Environmental schemes that reward farmers who look after the English countryside will be closed to most new applicants for two years as the government implements CAP reform, it has emerged.

In a move described by some critics as a “massive threat” to wildlife and the countryside, DEFRA has no plans to let farmers sign new agri-environment agreements during the whole of 2015 as the department develops a successor to its existing environmental stewardship scheme.

DEFRA has already effectively closed its doors to entry-level scheme applications for 2014 – with the exception of proposals that underpin higher-level agreements, upland or organic schemes and for land coming out of long-term “classic” schemes, such as Countryside Stewardship.

Payments will continue as usual to farmers already in environmental stewardship – until those agreements expire. But most renewals or new applications will be refused until the New Environmental Land Management Scheme (NELMS) starts on 1 January, 2016.

Thousands of farmers will be affected. About 11,000 entry-level stewardship agreements are due to expire during 2015. But DEFRA says some 40,000 farmers with ongoing agreements will continue to receive agri-environment payments covering around 5m hectares.

“There will be no interruption of environmental stewardship payments,” a DEFRA spokeswoman told Farmers Weekly. “All farmers signed up to the scheme will receive payments through 2015 until the end of their agreements.”

Some EU countries are expected to introduce new environmental schemes from early 2015. But English farmers face a longer wait because DEFRA wants a single annual start date to align NELMS with its single farm payment system, so it won’t begin until January 2016.

Assurance specialist Organic Farmers and Growers (OF&G) said the delay posed a “massive threat” to farmers’ environmental work. English farmers would be disadvantaged as other countries pressed ahead with their new schemes sooner, it warned.

OF&G research officer Steven Jacobs said: “This is not just an issue for organic farmers, it will affect everyone who is being paid under the existing environmental stewardship scheme to enhance the habitats on their land. When margins for many farmers are so thin, this could be catastrophic.”

Mr Jacobs added: “Our fear is that environmental concerns will have to take a back seat to the very survival of businesses and that is never going to lead to a positive outcome for wildlife and the countryside in general. We’ll also be losing out to our EU cousins.”

NFU countryside adviser Claire Robinson said the union was working with DEFRA and other partners to determine the detail of the new scheme. “Clearly there are issues and it is important to maintain the environmental goods that farmers have already delivered,” she said.

Keep up with the latest CAP reform news