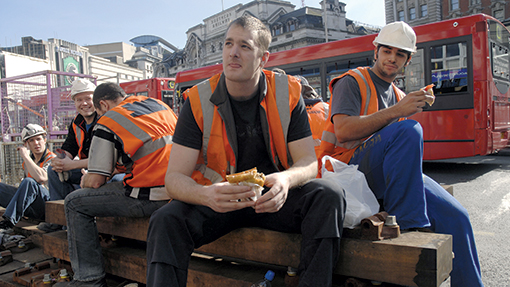 Consumer trends have a big influence on the fortunes of farmers. Ben Pike investigates what shoppers might be looking for in the future.

Predicting what the British public will be eating in 20 years’ time is a difficult and dangerous affair.

Trends come and go, new research finds faults or hidden powers within the staples of our diet and, globally, food production is affected by a huge array of influences beyond farmers’ control.

With so much at stake, it is unsurprising that few will make bold future food forecasts. However, there is one thing that most experts agree on; what we eat and how we buy food will undergo a huge transformation in the next decade.

Since Professor Sir John Beddington coined the “produce more from less” mantra in 2011, opinions and arguments about animal welfare, the availability of natural resources and a changing global diet have become increasingly divided.

Maastricht University in the Netherlands has pinned its colours to the mast to say that something needs to change with the way food – particularly meat – is produced.

The university’s Professor Mark Post hit the headlines last August when he unveiled the world’s first laboratory-grown beef burger. And he has now exclusively told Farmers Weekly that the product could be on the UK’s supermarket shelves within five years.

What does the future hold?

Using stem cell technology from the medical world, his team of researchers has been able to harvest muscle cells from a living cow before nurturing the cells so they multiply to create muscle tissue.

It is a beef burger that looks like the real thing, but it has so far faltered during taste tests.

“We’re working on improving the product by growing fat tissue to add to the burger in limited quantities to improve the flavour and the texture,” he said.

“We’re also improving the protein content and focusing on colour and taste.”

Prof Post said he expected people to react with either “repulsion or delight” when he unveiled his product last year, but that most of the feedback was balanced.

“People understand that something needs to be done to improve the sustainability of livestock production and we can’t continue with the way we do things now.

“It’s still early days – we haven’t seen if people will buy it. We have been thinking about starting to sell it in the Netherlands and the UK, where the reception has been exceptionally positive. Realistically we are looking at five to seven years before the product is marketed, but it could be sooner.”

It is not going to be cheap though – a rough price of £40/kg, or £8 a burger, has been suggested by Prof Post’s colleagues.

This concept, like many others, relies almost entirely on public acceptance. 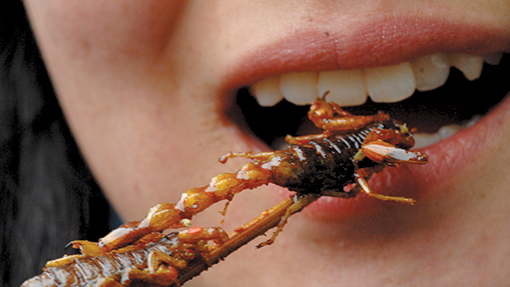 As a food futurologist, Morgaine Gaye’s job is to help some of the world’s biggest brands develop products that are going to fit in with shopper trends.

Typically, she makes predictions about how the consumer landscape will look in three years’ time to ensure that products being launched on a global scale are in tune with contemporary food trends.

Ms Gaye said that the way meat is sold and consumed is in for some big changes in the short term.

“In the UK we’re seeing a lot more snacking and people are moving away from sweet snacks to savoury. Because of this I can see the amount of meat on the plate decreasing but overall consumption increasing,” she said.

“It will become more about the quality of the meat, too – prices are rising and so people will want higher quality and they’ll look to their local butcher for that relationship. Supermarkets will try to replicate that relationship with their in-store butcheries, too.”

Ms Gaye said that Britain’s food trends are generally two years behind those of the countries setting the pace.

“Generally trends go from Japan to Los Angeles to New York and then to London. In the USA at the moment there’s a big focus on marketing meat as grass-fed or pastured, which hasn’t really come over here yet so we can expect that to take off.”

Ms Gaye said that as time becomes more precious, the way people eat will change too, with meals on-the-move in the form of high-protein, low-fat snacks.

This could, she said, affect the declining breakfast cereal market, which is being forced to reinvent cereals in snack-bar form.

“People are becoming more aware of wheat and gluten and they don’t want these carbohydrates.

“I can see the amount of meat on the plate decreasing but overall consumption increasing.”
Morgaine Gaye, food futurologist

“People under 50, particularly in cities, aren’t sitting down for a breakfast meal, and so there’s a savoury breakfast trend coming in and a two-step breakfast where people have a snack on the go and then have something else at around 11am. This means lunch is later and people have a snack in the afternoon before having a later dinner.”

For about 10 years, Ms Gaye has been predicting the rise of insects being eaten as a low-fat protein and she thinks the trend could take off in Britain in the next three years.

She said that to introduce them to squeamish Brits they were likely to be ground up into a flour, but that they were part of the solution to finding a sustainable source of protein with no animal welfare or sustainability issues.

How will we buy our food?

Much has been made of tech-savvy shoppers swapping their supermarket trollies for the convenience of online shopping. But in reality only 5% of the money we spend on food is purchased online. However, the market is growing at 20% every year.

Fraser McKevitt, the head of retail and consumer insight at Kantar WorldPanel, says there are definite categories of people who are choosing clicks over bricks.

“We project that by 2020 about 10% of our food will be bought online, which is significant but compared to the non-food products we buy online it’s quite a slow rate of growth.

“Young families with children aged up to four-years-old are doing online shopping so it’s clearly related to time.”

The barriers to online sales growth is that the majority of shopping is done by buying baskets worth about £20, which are not eligible for home delivery.

“Growth is going to come by people becoming more familiar with technology but also people who have taken it up continuing to shop online,” Mr McKevitt added.

Frozen meat and poultry products perform well in online sales but the more expensive fresh meat, fruit and vegetables tend to be bought in-store, where shoppers can choose what they buy.

Tesco continues to lead the way with its online sales but Morrisons has recently rolled out its own home delivery network, and the discount retailers – which have taken a big market share in recent years – are yet to make the move.

“Who wouldn’t want to be part of a market that’s growing by 20% a year?” Mr McKevitt said.

Will we be loyal to British? 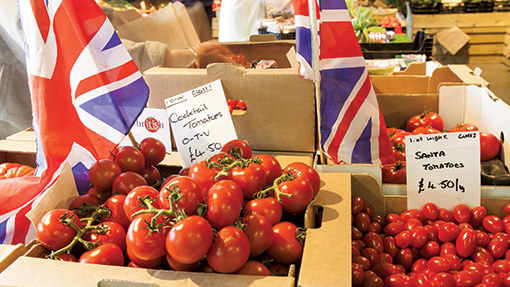 When challenged on their sourcing policies, major retailers often state they will let the market decide whether they increase the amount of British produce on their shelves.

This consumer-led stance means the vast body of work that goes into promoting all that is great about British food is unlikely to die off.

“We project that by 2020 about 10% of our food will be bought online.”
Fraser McKevitt, Kantar WorldPanel

On-pack labelling to connect the product back to the region or even the farm it was produced on has become more widespread, and major brands such as Nestlé see the benefit of showing shoppers what they stand for.

Customers can scan a quick response (QR) code on the back of any two-finger KitKat to bring up details about the product’s ingredients – including information about the milk coming from British farms through First Milk.

Nestlé told Farmers Weekly that it was “taking responsibility and helping consumers make informed choices” by providing more product information, through mobile technology at the point of purchase.

QR codes are nothing new of course, and arguably have not hit the heights predicted of them when they were first introduced. But the potential remains.

In 2012, the levy body DairyCo was one of the first organisations to use them to connect shoppers with where their food comes from, with the help of Leicestershire dairy farmer Jane Barnes.

A QR code was sprayed on to the back of one of her Friesian dairy cows, so passers-by could scan the cow and read more about how British milk is produced.

“It’s all about using technology to create a two-way flow of information,” said DairyCo’s head of marketing and communications, Amanda Ball. “Over the past few years we’ve seen a real benefit in the way we can talk to shoppers about British dairy farming using platforms like Twitter to have conversations with shoppers and link products back to the farm.”

Red Tractor Assurance has also trialled educating shoppers at the point of purchase through retailer till-screen promotions. Ms Ball added that the levy body is always exploring how other new communication technologies such as mobile location-based services can help the sector connect with the public.

“And then there is the development of new technology such as drones – who knows what the future holds there. For example, aerial images captured to keep an eye on livestock grazing in fields, combined with localised information, could help to tell all-important messages about farming and food production,” she said.