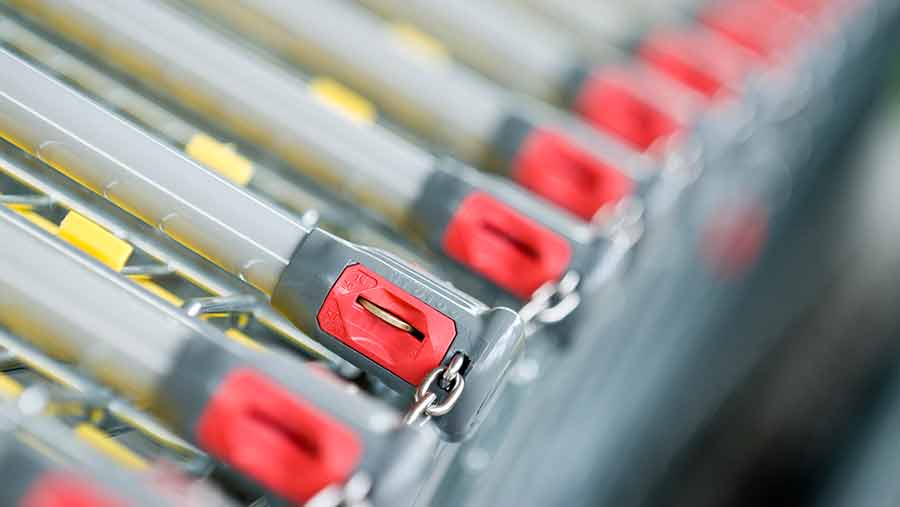 Farmers across the EU could see the balance of power tip in their favour with retailers and processors after MEPs voted for tough legislation to combat unfair practices in the food supply chain.

A report which slammed existing voluntary measures as insufficient and called on the EU Commission to come up with robust penalties to deal with the issue was adopted by 600 MEPs today.

Such legislation, if developed as the report suggests, could mean protection is extended to farmers throughout the supply chain – not just those directly supplying supermarkets, as is currently the case under the UK’s supermarket watchdog, the Groceries Code Adjudicator (GCA).

However, many unknowns still exist for UK farmers given the EU referendum and the GCA’s own review due this year.

Tackling unfair trading practices was urgently needed said MEPs, given the “extremely critical situation” faced by farmers across the EU currently and the strategic importance of the food supply chain, which employs 47m across the EU.

The commission needed to stop analysing the issue, which was now well documented by the EU and member states’ competition bodies and get on and develop effective and robust enforcement mechanisms at member state level, said MEPs.

This should include “dissuasive penalties” and the ability for farmers and other complainants to have their identity protected, said the report.

Ruth Mason, senior food chain adviser at the NFU, said the vote was a “significant step in the right direction”, although she warned that the EU had been at this point before, when the voluntary Supply Chain Initiative (SCI) was created, despite calls for proper legislation.

She pointed to the fact that Tesco faced no consequences at EU level after the UK adjudicator’s investigation found severe malpractice, despite the retailer being a signatory to the SCI.

The report cited the GCA as a model of good practice for other member states without such a body, but Ms Mason said the NFU would like the adjudicator’s role extended to that of an ombudsman that could deal with complaints.

Unfair trading practices were particularly prevalent in the food supply chain, said MEPs, with farmers being especially vulnerable given the perishable nature of goods and the fact that production could not simply be stopped once started.

The growing concentration of power in the food chain by a small number of multinationals was resulting in large bargaining power disparities, said the report.

As a result, many farmers were working at a loss, unable to invest in their businesses and faced abandoning production.