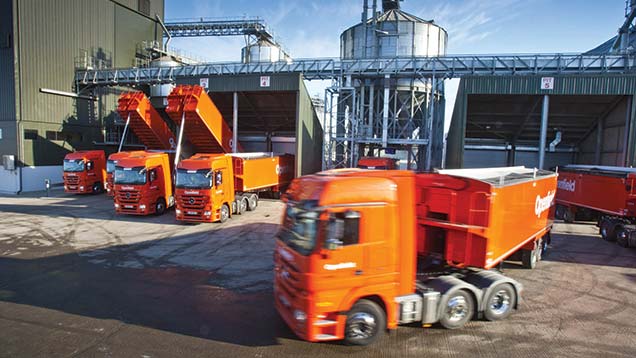 Agricultural co-ops have grown their businesses in the past year, despite pressure on both the co-operative and farming sectors.

Co-operative UK’s annual report showed the 625 agricultural co-ops recorded revenues of £6.2bn in their most recent financial year – slightly more than in the 2014 report.

Farmer-owned businesses have now boosted revenues by almost one-third since 2010.

Seven agricultural co-ops made it into the top 20 list for 2015.

Grain co-op Openfield was the highest placed at number seven, while First Milk, Fane Valley and United Dairy Farmers were also in the higher group.

Co-operative’s UK secretary-general Ed Mayo said the growth of the businesses showed the ownership model was relevant and important in today’s economy.

“Turnover growth of £1.4bn over a five-year period is testament to the role agricultural co-operatives play in purchasing and marketing – boosting productivity and cutting costs for members,” he said.

“The sector requires more consistent support, from expert co-operative governance advice to lobbying government. But the building blocks are in place to see further impressive growth in future years.”

The annual report showed there were 6,796 co-ops in the UK, with revenue totalling £37bn.

Agriculture was the second biggest part of the sector behind retail, which contains giants such as the John Lewis Partnership.