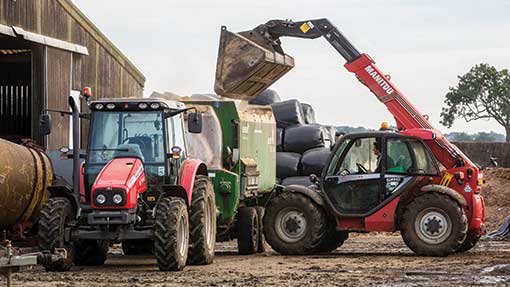 Volatility in the grain markets and high protein costs are forcing a cautious approach to feed buying.

A number of farmers have covered their needs for the first part of the summer at least, according to traders.

But only a few are looking to secure their winter requirements this early, as they hope for an easing of markets in the coming months.

Despite this, one trader said she was not encouraging farmers to wait and see as for a while it had been the case that the further forward you buy, the better deal you can get.

Wheat prices slipped in the week to 22 April, with London feed wheat futures for May 14 down to £167.50 having risen last week.

The political situation in Ukraine remains the main driver of volatility, with a couple of days of quiet news letting prices ease.

All Ukrainian spring wheat has been planted, but there is still uncertainty about acquiring fertiliser and other inputs.

Dry conditions on the US plains are forecast to continue, despite a little rain, and there has been little improvement in the winter wheat crop, with 33% rated poor or very poor last week, according to the US Department of Agriculture.

About 6% of the US maize area had been planted by 20 April, 9% less than the five-year average for this point, but the weather in July will be the biggest factor on final yields.

The protein market is more difficult for buyers, characterised by tighter short-term supply.

Rapeseed meal for May delivery was available for about £259/t in the week ending 23 April, back from £263/t earlier in the month.

One feed group buyer said the high cost had seen him moving out of rape for this summer’s feeds and into maize distillers and soyabean.

Imported distillers’ dried meal for May delivery has been available at £234/t throughout April and the price of soyabean meal has fallen more than £20/t in the month to £395/t.

Sugar beet pulp for the summer is available but at a premium, leading some companies to offer feeds with soyabean hulls as a main ingredient and save about £8/t for an equivalent product.

Prices for soyabean hulls for May delivery fell £3/t to £167/t last week.

“The early part of summer still looks very volatile and I think a good percentage [of farmers] have taken some cover for the May/July period to protect against this,” he said.

“The big difference to other years is probably the type of protein covered with a good proportion taking the better value distillers over traditional rape meal or soya.

“Cover for August onwards remains fairly minimal as there is an expectation for prices to come lower, but we would always advise to avoid buying spot as we expect the premiums for doing so to remain.”