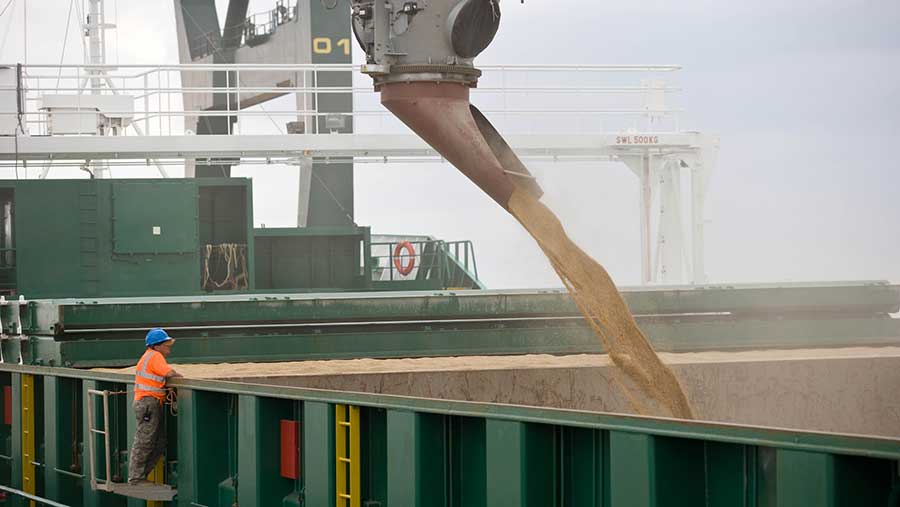 UK feed wheat prices remained stable in the week to 20 December. At an average of £135.80/t ex-farm for spot movement they were just 10p/t up on the previous week.

Very few areas reported movement in the run up to Christmas, and globally, wheat markets appeared to be similarly stagnant, said traders.

Global estimates for wheat production in 2017-18 have been revised up to a record 775.2m tonnes, according to the December US Department of Agriculture world supply and demand report.

This increase came largely on the back of higher wheat production in Canada, as well as greater than expected projections from Eastern Europe, said a report by Daniel Rooney, analyst at AHDB Cereals & Oilseeds.

In export markets, the week ending 12 December marked one of the lowest weekly amounts for EU soft wheat exports at just 156,000t – dragged down by the strength of the euro against the dollar, said James Webster, analyst at AHDB.

With UK feed values falling just below French wheat – and exports from France already struggling to compete – this highlighted the magnitude of the challenge faced by UK exporters, he added.