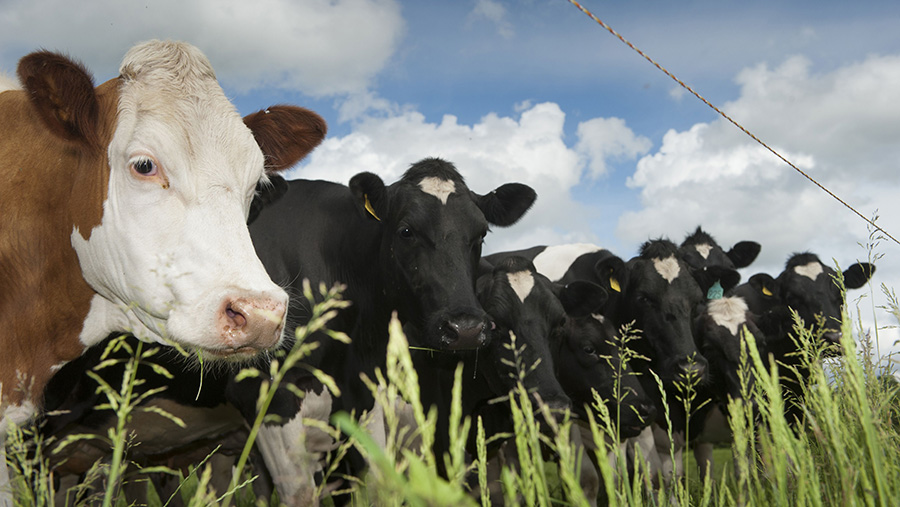 First Milk is increasing the allocation of “A” litres for its members as part of a raft of price structure changes being introduced from 1 April.

The change will take effect exactly a year after the co-op introduced “A” and “B” pricing, with farmers receiving a set price for a fixed volume of milk each month and a fluctuating value for any extra.

At the moment the “A” volume is based on 80% of the average of the previous two years’ production in each relevant month. For the 2016-17 milk year it will be based on 90%.

The co-op, which has been battling to turn its fortunes around over the past 18 months, is also introducing an expansion scheme, which will allow farmers to apply for additional “A” volumes for the next three years.

Rob Harrison, NFU dairy board chairman, and the general feeling was that the co-op was starting to sort itself out and the increase in “A” milk allocations was positive.

“It indicates that more of [the co-op’s] milk is going into the more stable, longer-term markets and less through the Westbury processing plant.”

Mr Harrison said it was not clear how many members had been lost through retirement or resignation over the past year.

However, there were rumours that First Milk was also recruiting new suppliers in certain areas.

Other changes being introduced include:

For farmers supplying the Haverfordwest and Aspatria cheese plants there will be a transport charge introduced ranging from 0p/litre to 1.5p/litre based upon the distance between the creamery and the farm.

The idea is to reward the farms closest to the plants and any money raised will be ring-fenced in that milk-field and paid out as higher butterfat and protein rates.

From October 2016 a penalty of 0.50p/litre will be applied if the monthly average protein is below 3.10% for milk supplied into the creameries. This is so it meets minimum standards for efficient cheese production.

Bonuses paid for bactoscans and cell counts will also be reduced and hygiene bandings brought into line with other major milk buyers.