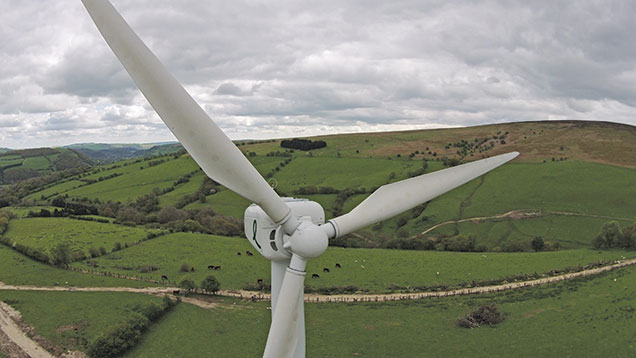 Farmers or landowners looking to erect a wind turbine should focus on sites with an average wind speed of 7m/s or more, according to Adas renewable energy consultant Richard Sowden.

Reductions in support, coupled with the comparatively high cost of turbine technology, meant only sites with higher wind speeds were financially viable and the situation would get tighter if Feed-in Tariffs were cut further, he said.

Interest in wind technology had dropped significantly over recent months, and he said any new projects should be matched to on-site energy consumption to improve feasibility.

“New machines are about 40% more efficient in the same wind speed than older models.

“We generally look for sites with an average wind speed of 6.5m/s, but you can make projects work at 6m/s if other aspects are right, such as low installation costs and high on-site electricity demand.”

Mr Sowden said wind projects that were unviable now could be worth looking at again when energy storage systems, such as batteries, thermal energy or gas storage, became commercially available.

“In three or four years’ time I expect storage systems to be more mainstream, which could be a real game-changer for renewables.”

Storing electricity allowed better offset of on-site use and also enabled people to export electricity for a higher price at times of peak value, he noted.