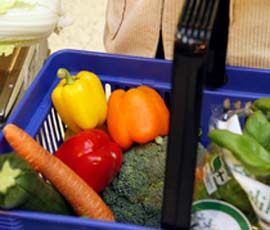 The farming and food industry has been urged to pull together to secure its future in a “new era” for the food chain.

IGD chief executive Joanne Denney Finch told last week’s Sentry conference that consumers were laying down new rules for the food chain and a collective approach was needed to meet the challenges.

“This year marks the fifth anniversary of the credit crunch, with at least five more years to go before we can balance the national budget. I believe we’re confronting a series of forces that threaten to overturn the world’s progress, which I call the six great winds of change (see below).”

In addition to these longer-term factors, new shopping habits presented a more immediate challenge, she said. More than four in 10 shoppers were increasingly trying to stick to a budget, with over half claiming to check the price of everything they buy.

“But that doesn’t mean lowering standards. People are price conscious but most will still pay a little bit extra if they feel they’re getting good value, for instance for superior ingredients, higher animal welfare standards, or locally produced food.”

The six “winds of change” are:

1. The “great correction” – recognition that part of prosperity has been an illusion built on credit

5. Volatile climate – could cause more volatility in commodity markets