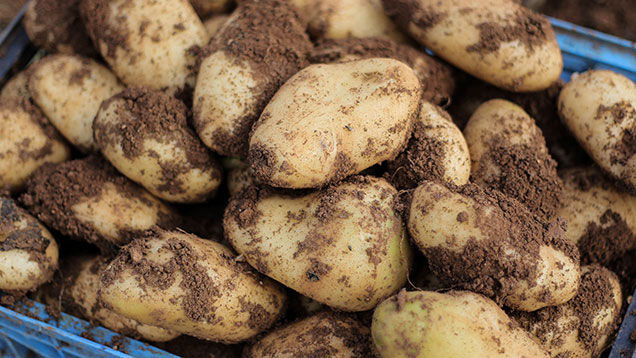 Potato markets have rebounded to their highest level since mid-September 2014, buoyed by a rise in free-buy prices and a greater proportion of contract trade.

“Packers continued to concentrate on moving contracted or committed stocks, particularly those to cover the Easter weekend,” said the council’s report. “Free-buy demand centred on best quality supplies which were on the light side, influencing some slightly firmer prices.”

Cold-stored stocks were in good condition, but those in ambient stores were deteriorating, which was affecting movement capabilities, it added. New crop plantings were progressing slowly, with about 17,000ha planted by 4 April compared to 25,000ha at the same time last year.

However, fresh baking potatoes were the fastest growing food for the evening meal, while sweet and frozen jacket potatoes have grown in popularity, albeit from a low base.