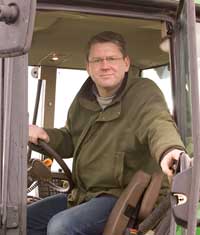 The world will be a different place on Farmers Weekly‘s 150th anniversary in 2084 – unrecognisable from the one we know today. But how will the countryside look? We ask a cross-section of leading figures about their predictions for 2084

75 years. It’s a long to time to look back, let alone forward.

It’s interesting that FW began life when farming was in the middle of one of its bleakest periods.

We were in the Great Depression, arable farming was on its knees, mixed farming was the norm and my part of East Anglia was invaded by Scottish livestock farmers who brought their herds down by train. Many are still there, but their animals have long gone.

There have been huge changes in technology since then, but farming remains recognisably the same in its fundamentals. We still rear and finish animals, we still put in seeds and harvest. No doubt technology will change in ways I can’t imagine, but I bet farmers will still be doing those basic things in 2084.

But even if the basics stay, on the economic front the only constant will be change.

Farmers Weekly started life in a depression and farming fortunes have seen wild fluctuations ever since. I am on record as saying that the prospects for the next 40 years are much rosier than the last 40. Let’s hope we can stretch that out until your 150th anniversary.

But volatility will be the order of the day. In the 1930s we had an unregulated world market and politicians tried to bring in some stability through Marketing Boards in various sectors. To different degrees these worked, at least for a while.

What I look forward to is an effective policy to deal with future volatility. But perhaps that is too optimistic. 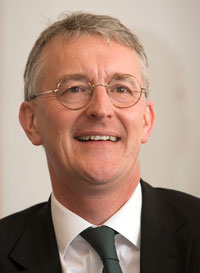 Food and farming are strong in the UK. They form our largest manufacturing sector and account for millions of jobs and 7% of GDP.

Agriculture will be at the heart of meeting the great global challenges we will face this century – food security, losing biodiversity, water scarcity and climate change.

The world’s growing population, with another two to three billion mouths to feed by 2050, will test our ability to grow and share out enough food.

We will need to change the way we think about farming, and I want British farmers to produce as much food as possible in a way that is economically productive and environmentally sustainable.

As we look towards a climate deal at Copenhagen in December, we all need to play our part in limiting dangerous climate change and taking the opportunities that the move to a low-carbon economy will create. Farmers will need to adapt; increased temperatures and changing rainfall patterns will affect yields and bring risks of new pests and diseases.

We need to support farmers to use technology more, as well as continuing to rely on their expertise.

We should together make the UK a world leader in using innovative technology and I applaud the aim of getting 1000 on-farm anaerobic digestion plants running by 2020 to power farms, as well as using the leftovers as biofertiliser.

DEFRA is working with the agricultural sector to develop a comprehensive low-carbon advice service for farmers, to help them meet the government’s commitment to cutting agricultural emissions by 5% by 2020, as well as to protect our biodiversity.

The agreement we’ve reached on the industry-led Campaign for the Farmed Environment shows how keen we all are to work together to protect the soil and water on which growing food depends.

Farmers and farming are our best defence against global food shortages – and we need to get on with it. 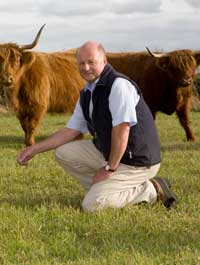 The pace of technological change makes predictions fraught with difficulty – after all, who in the 1930s would have guessed that we would be routinely milking cows by robot and cultivating with satellite precision?

But several things are abundantly clear. In 75 years’ time our farmers will be producing food in a world of around 10 billion people, with less water, scarcer and costlier oil, and more extreme weather events. Tractors are likely to be powered by fuel cells, oil-based fertilisers could be prohibitively expensive (if available) and our meat-based diet may have changed dramatically.

Farmers and land managers will feel the impacts of climate change and stresses on natural resources directly. There will be evolving pressures such as new pests and water shortages, but also opportunities presented by warmer temperatures and longer growing seasons.

What agriculture looks like in generations to come will be determined by how we prepare for these challenges. Getting the decisions right today and in the years ahead on CAP reform, regulation, research and development and new technologies are vital if our farmers are able to adapt and thrive in an increasingly globalised and resource-scarce world.

Do we embrace or reject genetic modification? What about emerging technologies such as cloning and nanotech?

As we push the boundaries of science, the question is more likely to be “is this ethical?” than “is this possible?” and the answers will have a major bearing on agriculture in the future.

I hope that when the Farmers Weekly celebrates 150 years it is writing about farmers who are thriving in free and fair markets, replacing fossil-fuels with bio-energy and meeting the challenges of climate change. For this to happen in the years to come, we must make the right calls today. 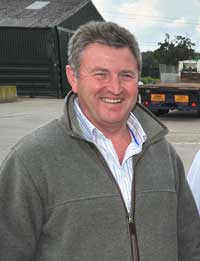 When one considers the huge changes in the last 75 years, who knows what will take place in the next 75?

One would imagine the main factors would be population growth, climate change, water availability and energy.

The consequences of another world war do not bear thinking about and hopefully humanity would never allow one to happen.

Agriculture will continue to rise to the challenge of feeding the world under a changing scenario by continually taking on board new technology.

These decisions will be based more on sound science and less on emotion. We can’t afford to look at it any other way.

We will definitely see the widespread use of GM technology, driverless machinery, universal zero-till, innovative fuel solutions and all kinds of innovation. We will continue to see energy and other demands competing for land.

On a country basis I suspect we may well be more self-sufficient, and on a farm basis we shall all continue to diversify to minimise our risks and maximise our opportunities.

Farms will not only be production units, but will offer all kinds of experiences for the public. The public may well have more rights on the land as it may be viewed to be more of a national asset and less an individual one.

Whatever we are faced with farmers will respond and continue to deliver. The future has never been brighter. 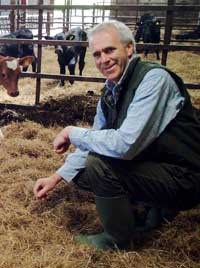 UK agriculture is on the threshold of a period of more far-reaching change than any time since the Industrial Revolution.

During the period since the Second World War, our farming systems have been treating environmental capital, including fossil fuels, mineral fertiliser, water and the fertility of soil itself, as if it was income.

Although the supply of nature’s capital is not yet exhausted, we are nearing the end of this exploitative phase during which we have lived beyond our means.

Our food and farming systems need to go through a transition from our current approach, which uses up to 10 calories of mainly fossil fuel energy to produce each calorie of food, to a system of renewable and recyclable inputs.

The transition period will probably span at least 20 years but if we fast forward, the landscape of a sustainably farmed Britain will be radical different.

Mixed organic farming will be the norm not the exception; fertility for arable cropping will be built through clover grass leys grazed by ruminants. Because of this, cereal output will reduce by 40%, white meat becoming an expensive luxury, while red meat fattened on forage will be considered the more sustainable, affordable meat option.

This radical transformation will not stop at the farm gate – our staple foods will once again be sourced mainly much closer to where we live.

The infrastructure needed to enable this will include more abattoirs and processing units, most of which have disappeared over the last 60 years.

The mutual dependency between producer and consumer which once characterised the food culture of this country and which still exists in parts of mainland Europe will undergo a renaissance and the simple pleasure of eating fresh, sustainably produced and local food will once again occupy a central point in our lives.

It will return the primary producers of this country to their rightful high social, cultural and economic status.