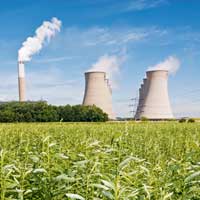 Ambitious plans to cut UK greenhouse gas emissions by 50% (from 1990 levels) by 2025 have been announced.

The fourth carbon budget proposal set out by energy and climate change secretary Chris Huhne on Tuesday (17 May) was required under the Climate Change Act and must be set by parliament by 30 June 2011. The Act requires government to publish proposals for how it can meet these targets “as soon as is reasonably practicable” after setting the new carbon budget in legislation. This is likely to be October 2011.

The latest targets would put the UK on track to cut emissions by at least 80% by 2050.

Mr Huhne said the announcement would give investors the certainty they needed to invest in clean energy and demonstrated the government’s commitment to transform Britain permanently into a low carbon economy.