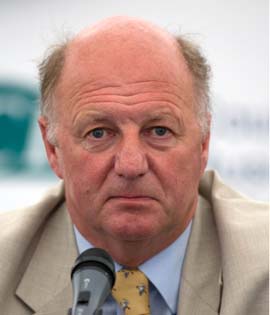 The government will soon be unveiling an official buying protocol to ensure it is sourcing food produced to the same welfare standards as British farms.

“We have a set of draft government buying standards that I hope will be announced soon; these will make sure all food we buy is produced to the equivalent of British standards.”