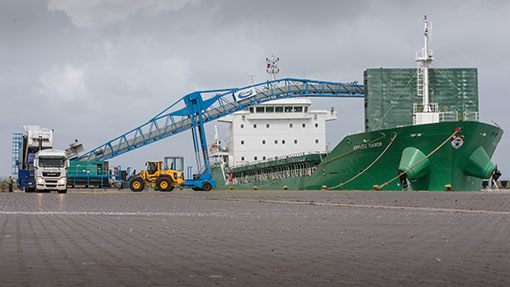 Grain prices have jumped over the past week, buoyed by concerns over wet weather affecting the maize and soya bean harvest in the US.

According to the US Department of Agriculture, only 17% of maize and 20% of soya beans had been cut by 5 October, with forecast rain expected to delay progress further over the coming week. Adding support to the market was rapid export activity, with wheat, corn and soya bean exports all running well ahead of expectations.

“A continuation of above average rainfall also raised questions about wheat quality in Brazil and Argentina, while drier conditions are thought to be impacting Australian yield prospects,” said a report by HGCA.

US funds had contributed to the price rise by covering short positions but the overall sentiment remained bearish, said a report by analyst Agritel. “Fundamentals remain heavy and operators are expecting that the USDA report this Friday will revise ending stocks, corn and soya bean production upward.”