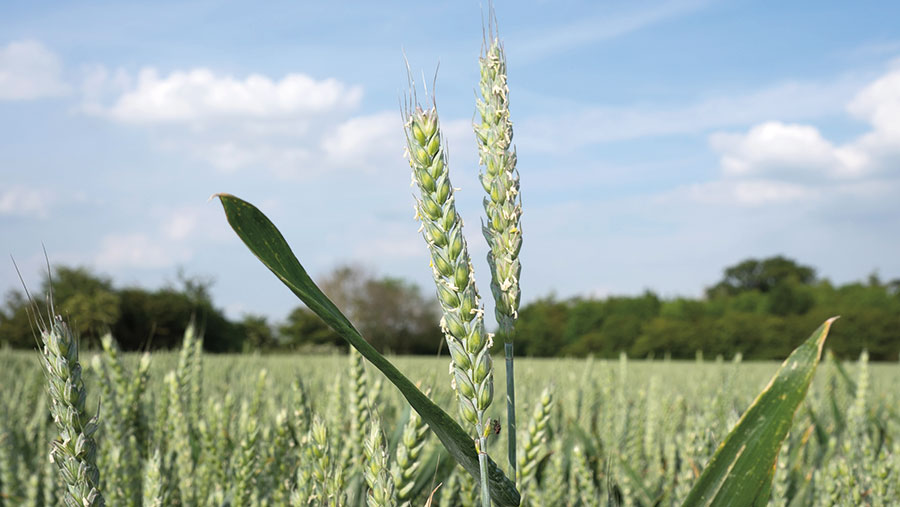 Dry weather in some key grain producing areas around the world is pushing domestic prices ever higher.

Between £145/t and £164/t ex-farm was being offered for new crop UK feed wheat midweek, with a tight end of season picture.

Across all grains – wheat, barley, oats and maize – for the current season the UK is facing the tightest balance of grain available compared with total expected domestic consumption for four years.

Weather worries in parts of Canada, Australia, the US, Argentina, Brazil and the Black Sea region are the key concerns. Traders highlight the likelihood of volatility as crop and weather news emerge.

AHDB Cereals & Oilseeds pointed out that with opening grain stocks for the new season looking as if they will be below average and an early estimate for the size of the UK wheat crop at just 14.4m tonnes, domestic supply of wheat is set to fall by about 3% year-on-year.

Wheat use in animal feed is already up 3% year on year, and in the poultry sector at least this looks set to continue.

Broiler chick placings between January and April this year were 5% higher than in the same period of 2017 and up 11% on the five-year average.

Tight wheat supply has encouraged more use of barley across the UK, which is at its highest level for 25 years.