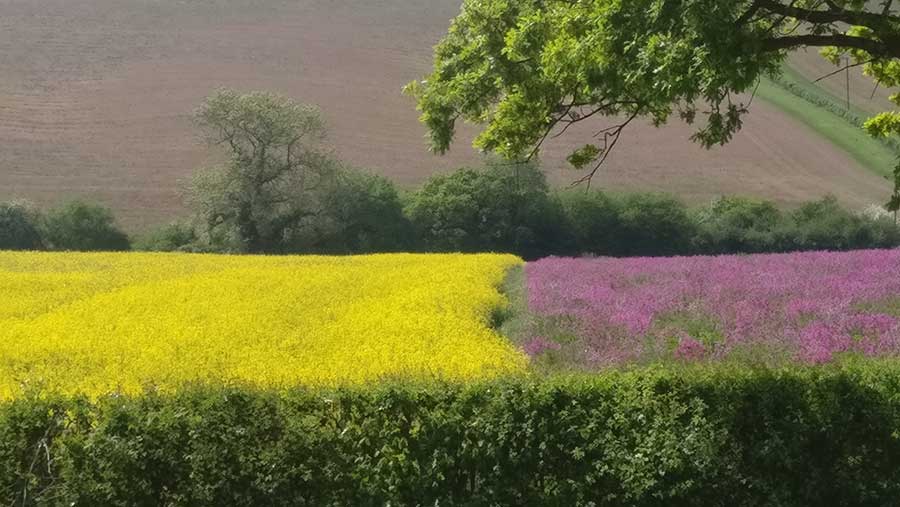 The annual Farmplanner competition has been won by a team of five students from Harper Adams university.

The contest, for students attending an agricultural university or college, provides a real-life farm business case study which is facing a challenge, and they have to propose a solution.

See also: How setting up a company can help succession and diversification

A team from Newcastle had also been shortlisted but withdrew from the competition at the last minute.

For John and Cathy Charles-Jones of Woodborough Park farm, near Nottingham, their issue is how to take a step back from the successful arable farm they have built up over the past 14 years while still driving the business forward.

The couple, who are thinking about retiring in the next five to 10 years, have two children but neither is interested in coming home to farm.

They also asked entrants to suggest how they could mitigate a likely reduction in subsidy payments, prepare for a potential glyphosate ban and diversify their redundant farm buildings.

The Harper team proposed increasing the amount of labour employed from the current setup of a part-time self-employed person to a full-time employee.

Starting in an assistant farm manager role, it was hoped that the successful candidate would graduate in time to running the business day-to-day to allow Mr and Mrs Charles-Jones to take a step back.

Year-round work and additional income to justify the extra cost would be provided by adding a beef finishing enterprise.

Sufficient grazing for the cattle would be provided by adding short-term grass leys into the arable rotation alongside the existing permanent pasture.

The grass would also help with weed control, particularly to suppress the blackgrass that has caused some issues on the farm’s silty soils.

They also proposed generating additional income by transforming the farm’s traditional buildings into either holiday lets, office lets or self-storage.

This would take advantage of the farm’s situation in a high population area, being situated about 30 minutes away from Nottingham city centre and close to several other towns and villages.

What is the Farmplanner competition?

Run by the Institute of Agricultural Management, and now in its 25th year, the Farmplanner competition invites teams of students studying agricultural courses to analyse a farm with a business problem that needs solving.

They are given a presentation from the hosts and business and banking professionals, and then have to submit a carefully costed business plan.

A shortlist of three teams is then invited back to the farm to present their ideas and take questions from a panel of professionals.