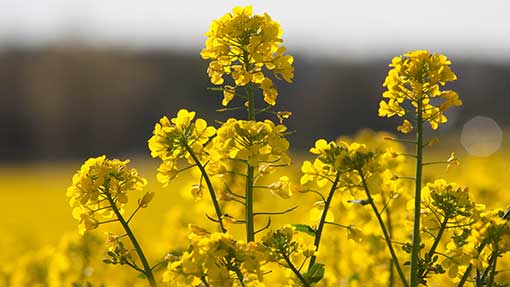 Oilseed rape prices have fallen again as high stocks and prospects for a good new crop bear on the market.

The size of the EU crush is also expected to increase slightly, while EU rapeseed imports will fall next season because of the larger home-produced crop.

Global stocks of seven major oilseeds are also expected to rise to a record of about 90m tonnes at the end of this season, an increase of 18m tonnes on a year earlier, while the USA is expected to plant its biggest ever soya bean crop.

With new-crop prices lower than they have been pre-harvest for four seasons, growers were sitting tight, said Owen Cligg, trading manager at United Oilseeds. He estimates that a maximum of 10% of new-crop oilseed rape has been committed by growers. However, new-crop export business was being done.

Midweek trade valued old-crop oilseed rape at between £282/t and £289/t ex-farm, a drop of more than £40/t since the highs of just a few weeks ago.

New crop was worth up to £23/t less than old crop, with merchants offering between £262/t and £266/t for harvest, with the best prices closest to the Liverpool and Erith crushers (see Prices & Trends, p124 for regional price spread).

If wheat values continued slipping, this could make rapeseed better value and leave room for a bit of a recovery, said Mr Cligg.

“Soya plantings are starting to make good progress in the USA, but the dynamic between corn and soya has still to fully play out. If corn plantings surge ahead as expected, this may mean less soya acres than anticipated occur. The weather pattern in the USA will then be a major factor to price direction, depending on how crops develop.”

“Perhaps one could argue that if all farmers didn’t sell they could starve the market and in a normal year this might well be the case, but with Canada carrying 9m tonnes of stock [nearly 50% of the total EU crop] there is a very real alternative for the international rapeseed consumers.”

Prices could move sharply lower and there could be harvest pressure, he warned.

US maize plantings romped on in the week ended 11 May to bring the total to just ahead of the five-year average.

There is increasing speculation about whether there will be a so-called El Niño weather event which could bring favourable weather to the US Midwest.