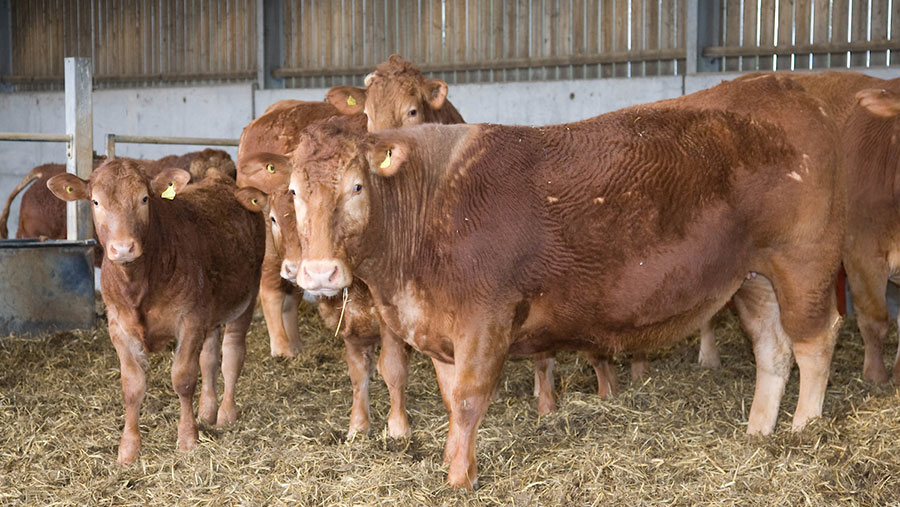 High straw prices and wet ground conditions look to have dampened demand for store cattle in some areas putting downward pressure on prices, according to analysis by AHDB.

Barley straw prices reached more than £80/t across most parts of the UK, with wheat straw selling for about £70/t – almost double the prices paid 12 months ago.

Rebecca Oborne, analyst for AHDB, said although straw was only a small part of the cost of production it did appear as if the threat of a straw shortage had put downward pressure on store cattle prices over recent months.

Ground conditions have also been wet throughout the autumn and therefore farmers who kept cattle outdoors were also potentially buying fewer animals.

Prices had generally moved downwards since early autumn, although they were still ahead of where they were the previous year, she said.

However, while some of this was down to seasonal trends the falls recorded by AHDB were sharper than in the previous year.

“Compared to the 2016 price, we can see a much sharper fall away.

“There are other factors, but the straw shortage does seem to be putting a downwards pressure on to price and people’s willingness to purchase animals.”

Simon Draper, senior auctioneer at Thame market in Oxfordshire, said higher straw prices and a shortage of woodchip for bedding had taken the edge off the market in his area, but the impact was not huge. “Everyone is talking about the straw situation,” he said.

“It is not having a dire impact, but it is making people think about whether they do need more stock and whether they have room for them.

“People are thinking if they take 10 cattle out of each yard they are not having to bed up as quickly. So as the cattle are going out fat, they are a little hesitant about buying in.

“We know of one or two people who would normally be blazing a trail and saying they need more cattle who are now saying they don’t need quite as many.”

But Neil Biffen, store cattle auctioneer at Sedgemoor market in Somerset, said while there was plenty of talk about straw prices he had not seen any effects in the store market. “I don’t think there has been a mass sell-off of cattle because of high straw prices, nor do I think there’s been an impact on price.”

Jonny Williams, senior livestock procurement officer for Farm Stock, based in the Scottish borders, said store prices had remained pretty strong in his area, too, although this could be because a lot of farms had slatted housing so were less reliant on straw.

Wheat and barley straw is selling for well in excess of £100/t in some regions.

“The smaller quantities have had the most interest as people look for small lots to tide them through,” he said. “But the larger lorry loads are more of a struggle to shift as it is such a big investment.”

At a fodder sale held by Tayler & Fletcher at Stow-on-the-Wold in Gloucestershire on 5 January, wheat straw averaged £105/t and winter barley straw £120/t.