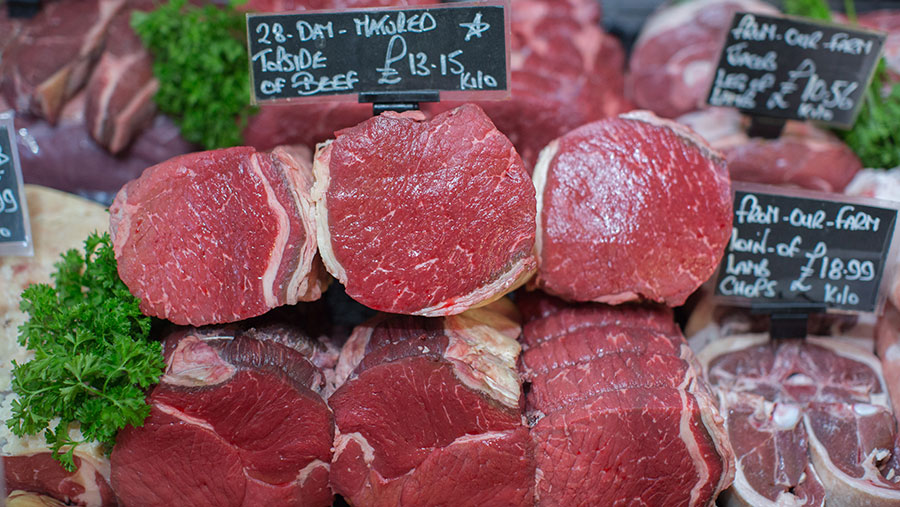 Hot weather at the end of June failed to prevent a fall in primary red meat and poultry sales, according to the latest figures from consumer analyst Kantar Worldpanel and the AHDB.

The figures for the 12-week period to 16 July show that shoppers made 3.5m fewer purchases in the category compared with the same period last year.

See also: Red tractor standards update: what farmers must do

Normally a period of hot weather sees a rise in purchases of meat for barbecues but this has not been the case in 2017.

In Kantar’s previous periodical updates, the deterrent of rising food inflation had been offset by promotional campaigns, Mr Ward said.

“But as we see the power of promotions wane, all primary markets have moved into volume decline,” he said.

According to AHDB Beef and Lamb red meat volumes fell by 5.8% compared with an increase of 1.1% in the previous 12-week period up to mid-April.

The latest figure also represents the biggest decline for a 12-week period in more than 12 months and compares badly with the same period in 2016 when the market grew by 2%.

“The big change we have seen is promotional volumes, falling 42% on last year as both price cuts and meal deals become less prevalent,” said Mr Ward.

Chicken saw promotional volumes down 41%, with straight price cuts impacting the volume of sales on promotion, he added.

“The important growth sectors – breast and legs – continue to see volume growth, but this is no longer offsetting the losses from roasting products.”

The red meat sector is even more dependent on the success of roasting joints and, as a result, is seeing the biggest drops in volume, according to Kantar figures.