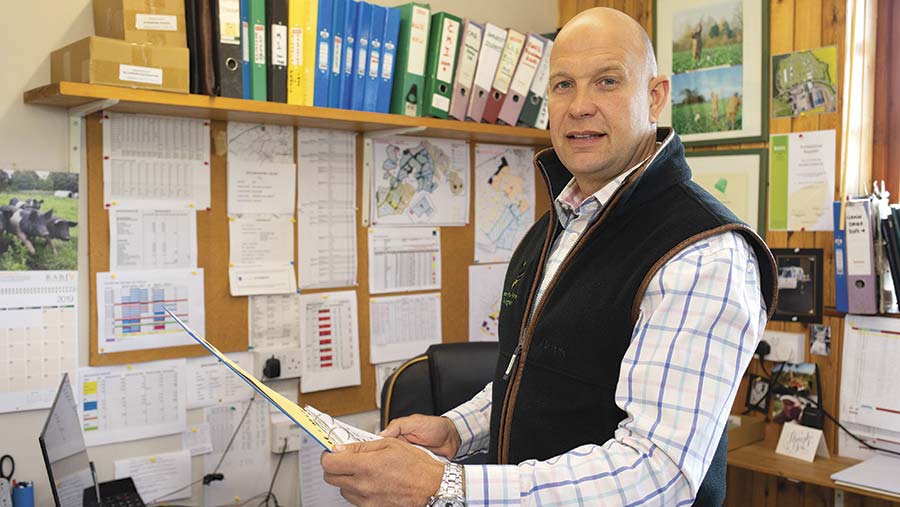 Farmers Weekly’s 2019 farm manager and farmer of the year Andrew Robinson has had to adapt his cropping plans extensively to deal with the wet weather in the last few months.

There has been a reversal from 80%-85% of crops being winter sown to about 75% spring drilled at Herne Manor Farm in Bedfordshire.

All the winter oilseed rape was in by late August but by mid-March, no cereals had been drilled.

At that point he and his two full-timers, Matt Fuller and Sam Edmonds, needed 20 good drilling days to complete the cropping plan.

The plan is derived from gross margin mapping of the whole farm, identifying wet spots and other difficult areas such as those shaded by woodland and shelter belts.

These are marked out in field and will go into a Countryside Stewardship mid-tier mixture paying £529/ha, so that even these poor areas will make a positive contribution.

Andrew accepts that the weather will deliver a financial hit this season, but having spent many years improving the soil, he refuses to cause damage by forcing crops in. Through this approach he aims to avoid a financial hit next year too.

While keen to crop every viable acre, he will fallow if necessary, using cover crops and sheep on grazing agreements to help with fertility.

However, recruitment of the usual four harvest students is on hold until harvest prospects are clearer.

In addition to the forced cropping changes, there will be a cash flow hit this year as the 12,000t a year local authority green waste contract drops to zero.

Having increased the intake hugely soon after his arrival at the farm 15 years ago, Andrew was looking for a higher gate fee this year. However, with the council under extreme financial pressure, it wanted a reduction.

So the arrangement has ended and, ironically, the waste will now travel further to be composted.

“We’re looking at other things to replace that lost income but it’s early days yet,” he says.

He is hoping to replace the benefit of the compost through using more sewage sludge, chicken litter and a straw-for-muck agreement.

Keeping depreciation as low as possible is a priority, so good maintenance is key, with machine life extended beyond the original replacement plan wherever possible.

“The lads see all the costings and they understand the cost of kit, the hourly costs and the impact of depreciation.

“This winter they have stripped everything down and gone over it with a fine-tooth comb to make sure that once we can travel, we get as smooth a run as possible.”

Liquid fertiliser tanks and other kit have been shotblasted and repainted, extending their useful life.

The weather-imposed fieldwork ban has also meant that the planned annual drainage work and ditch clearing is well ahead of schedule.

Andrew sets great store by benchmarking, which allows exchange of ideas and experience.

An active member of his AHDB Farmbench group, he encourages others to take part. “It’s not about anyone getting a pat on the back,” he says, “It’s about insights and understanding how someone gets the results they get.”

Despite their similarities, there is a huge range in performance across the group, with net margins ranging from £501/ha to £1,068/ha before rent and finance.

Net cost of wheat production on the same basis in Andrew’s case is £87/t compared with a group average of £98/t.

Andrew sees a challenging time ahead for farming businesses without scale. He fears many have not grasped how much change the sector will face in the next few years.

However, he also sees great opportunities for collaboration and improvement, alongside food moving higher up the political agenda.

“Agriculture has a bigger role to play in society,” he says. “Food has been too cheap for one and a half generations.” 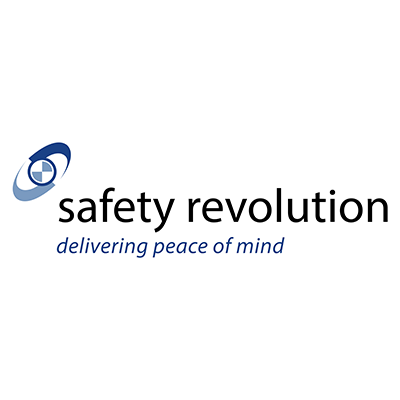 The Farmers Weekly 2020 Farm Manager of the Year Award is sponsored by Safety Revolution.