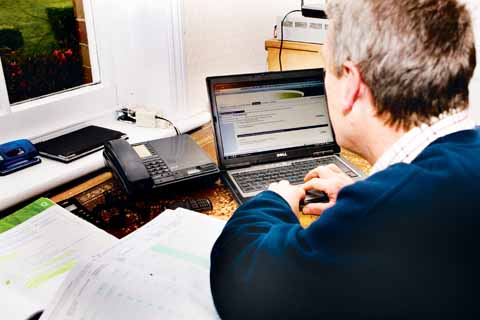 Keeping good records and an organised office will not only help to make sure PAYE is in order, it will also smooth the path of any HM Revenue and Customs inspection.

Wiltshire-based AKC runs payroll and book-keeping services alongside its farm management consultancy. Partner Andrew Henly says some of the most common PAYE problem areas for farming businesses are caused by:

• Not taxing expenses paid through PAYE

The administration of benefits in kind for farm employees can cause PAYE problems. The most common benefits in kind on farms relate to accommodation costs and the private use of cars and other vehicles.

“While job related accommodation presents no taxable benefit, the same can’t be said of other housing costs such as council tax, electricity, telephone and so on,” says Rob Hitch, of accountant Dodd & Co.

While there is a tax dispensation for job-related accommodation, provision of housing some distance from the farm may cause problems, warns Mr Hitch.

“Other assets such as cars can cause issues. If a farm pickup/landrover is provided for personal use then this will give rise to a benefit in kind of £3,000 for the van and £550 for the fuel and a tax/NI charge totalling £1,473.

“If however a car is provided, even for one evening of personal use then a much higher benefits in kind charge will arise.

“Farmers should bear in mind that other assets provided will also give rise to a benefits in kind, such as a quadbike or computer.

“Mobile phones benefit from an exemption but smartphones don’t, so providing your staff with a smartphone will give rise to a benefits in kind charge.”

Some of the most common PAYE problems arise because the employee data sent by employers does not match HMRC’s records. The most common matching errors are:

• Incorrect or missing dates of birth

However, a PAYE inspection is often not as bad as it sounds, says Mr Henly. “Genuine errors will occur from time-to-time.

“Our experience is that inspectors deal with these in a perfectly reasonable way.”

An employer will usually be given three to four weeks’ notice of inspection, by post or telephone. Usually taking between one and three hours, depending on the number of employees and how organised and accessible employee records are, inspections are most often held on site at the employer’s office.

Inspectors will need to see:

• All records for the current and three prior years

They may also request copies of the last three years’ accounts so that they can reconcile these to PAYE records.

Preparation for a visit should include making sure all records likely to be needed are available and organised – check for any information which may be away with the accountant as this will need to be brought back.

“If you find errors pre-visit, do not change records,” advises Mr Henly.

What will inspectors look for?

• Casual labour not put through payroll

• Correct treatment of any new starters and those leaving the business

• Correct treatment of expenses and benefits

• Correct declarations of expenses and benefits on P11Ds

New harsher penalties were introduced from April 2010 for incorrect PAYE and NI calculations or payments. In addition, a percentage of the unpaid amount may be charged, depending on the length of time payments are outstanding and the number of offences. The longer the delay, the harsher the penalties.

Monthly or quarterly amounts not paid in full after six months may incur a 5% penalty, then a further 5% may be charged if payment has not been made after 12 months. These may be charged in addition to penalties for monthly and quarterly payments shown in table.

In addition to the penalties above, up to £3,000 can be charged for incorrect record-keeping. HMRC will usually accept stage payments over a period by agreement.