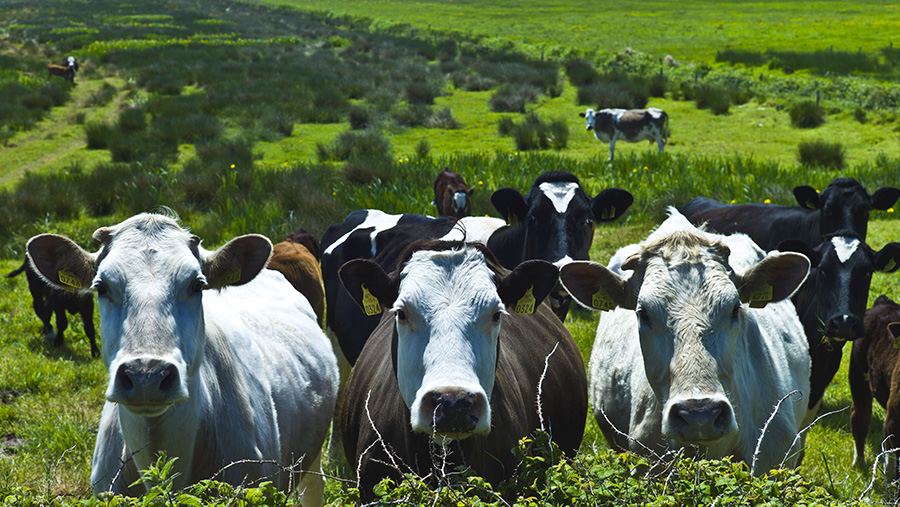 Irish farmers fear losing beef and dairy exports to the UK, if the country votes to quit the EU on 23 June.

Research body Teagasc has estimated that a Brexit could slash the value of Irish agri-food exports by up to 7.2% or €800m (£637m).

Britain is the biggest destination for Irish farming exports, accounting for two-fifths of the €11bn (£8.76bn) total in 2014.

Teagasc’s report said the UK was far from self-sufficient, so trade was unlikely to collapse if the country quit the EU.

Ireland’s farmers would prefer a new customs union or free trade area to be set up.

But new trade barriers could also be erected.

“In a worst case scenario, Irish exports of dairy products, beef and agri-food items could face import tariffs that would make it less likely that they would be imported on to the UK market,” Teagasc said.

In another scenario, the UK could get rid of all imports tariffs, allowing in more cheap beef from South America and lamb from New Zealand.

This would push down British farmgate prices and hurt Irish exporters too.

“Tariff elimination is an unlikely outcome, as the UK would probably seek to retain some level of tariffs to protect its livestock sector from low-price import competition,” the body said.

Britain is only 76.4% self-sufficient in beef and veal. The country bought in 227,000t of fresh and frozen beef in 2015. More than three-quarters came from Ireland.

The UK’s dairy trade deficit, the gap between imports and exports, stretched to £1.2bn in 2014.