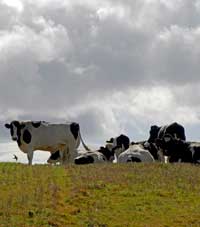 Irish farmers are facing a 30% drop in their incomes over a two-year period as falling prices and rising costs take their toll.

Results from the Teagasc National Farm Survey show that average family farm income in Ireland in 2008 dropped 14% to €17,000 (£15,000). Dairy and tillage farms suffered the greatest falls.

Taxpayer support grew in importance too, with direct subsidies contributing 31% to farm output and accounting for 103% of farm profit – “the highest percentage ever”.

But the Irish Farmers Association is warning of further economic hardship to come, with output prices down an average of 13% so far this year, compared with 2008.

“If current trends continue, farm incomes will plummet by up to 30% between 2007 and 2009,” said a statement. “This can only be described as a crisis, with average farm incomes now heading for half the industrial wage.”

Teagasc agrees that the income squeeze is set to continue in 2009 and points to the fact that off-farm work is also getting harder to find.

“This obviously reflects the employment difficulties in the wider economy and is a worrying development given the importance of off-farm income to farm households.”

Teagasc head of rural research Cathal O’Donoghue also explained that on-farm investment reached its highest ever level in Ireland in 2008, mainly due to the widespread uptake of the Farm Waste Management Scheme.

Some €2bn was spent on new buildings, machinery and other on-farm facilities, on top of a €1.4bn investment in 2007.

The IFA is also calling for stronger dairy support, the lowering of input costs and more effective regulation of the retail sector.