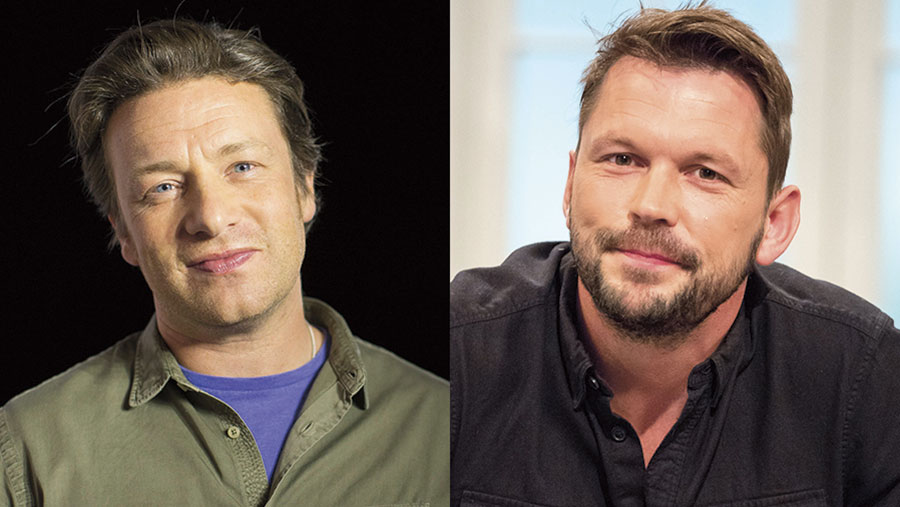 Dairy farmers have hit back at claims by celebrities Jimmy Doherty and Jamie Oliver about the superiority of free-range milk.

A 10-minute segment on their Friday Night Feast programme sought to promote the merits of pasture-based grazing systems for dairy herds to UK consumers, while questioning the welfare and health of those animals in housed systems.

Although general sentiment among the public had been positive to a free-range “pasture promise”, the dairy industry was divided over claims made by Suffolk-based farmer and show host Jimmy Doherty and celebrity chef Jamie Oliver.

I feel a little food fight happening!! Do you want to see free-range milk with a #pasturepromise in your supermarkets??? #FridayNightFeast

The show aired unsubstantiated claims as to the superior physical and mental health of mainly grazed herds, as well as claiming that the milk itself tasted better.

Many Twitter users were left with a negative perception of housed dairy systems, categorising them alongside battery hens.

The show only visited one farm that was free-range compliant in sunny, summer weather, with the sole depiction of a housed herd being a small, dark photo of a cow in a stall.

Many industry figures reacted with anguish towards the misinformation being spread, and the divisive nature of pitching one system of dairy farming against the another.

Unfortunate that viewers were left with an inaccurate perception of #dairy #cow welfare after #FridayNightFeast. Fact fight, not food fight. https://t.co/8rBfeWIiRK

@jamieoliver really disappointed with the one sided view tonight, I'm a dairy farmer and have some of the happiest cow which stay in!

Why film @freerangedairy cows in the summer when it's being shown in January? #FridayNightFeast #confused #lovecows

@OurCowMolly he is promoting a system above others. Promoting high welfare across all systems more important. @jamieoliver

The Channel 4 programme, which ran at 8pm on Friday night (20 January), followed an article in The Times last week (17 January), which presented the free-range milk proposition as “divided” and “confusing”.

In an open letter in response to The Times story, NFU chairman Michael Oakes emphasised that welfare standards and good management were not size or system specific.

“A healthy, happy animal is ultimately more productive, and as dairy farmers, we do everything we can to ensure this.”

“British dairy farmers care about the comfort of their animals and the design of cattle housing is carefully considered for their needs.

“Cows should be able to exhibit their natural behaviour, which is why Red Tractor has specific standards for dairy housing, including an area for loafing,” added Mr Oakes.

“Nearly all British dairy farms are Red Tractor assured, which means that they are inspected against animal health and welfare, environmental and food safety standards.”

Agriculture worldwide has become more intensive in recent decades as farming has sought to strike a balance between sustainable farming and the practicalities of feeding a growing population.

“Our website crashed when the show ended,” said Neil Darwent, founder of the Free-Range Dairy.

“We’ve had non-stop phone calls, tweets and people looking at our map to see where they can get hold of the milk – I haven’t been getting to sleep before midnight answering them all.

“We now have talks with three national retailers over stocking our milk.”

Public demand has also swelled for a new free-range offering, Enjoy Milk, added its founder and head of the Free-Range Milk Marketing Board, Nick Hiscox.

“Consumers are sending the message to processors and retailers that they want the choice of a free-range alternative to the current offering.

“We’ve seen a huge upsurge in interest from members of the public, sending emails, asking questions and wanting to know where they can buy the stuff.”