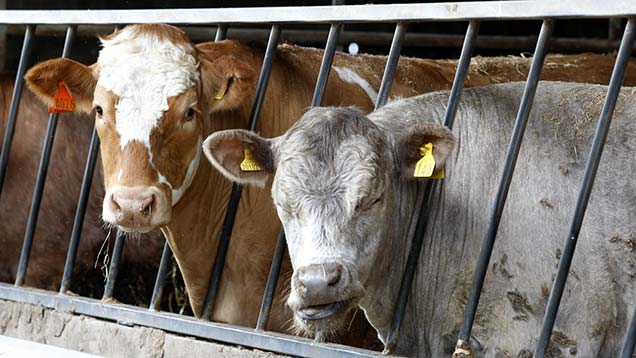 Between 5% and 8% of “good Scottish beef” is being lost as a premium branded product because producers don’t have relevant assured status, says meat wholesaler Alan McNaughton.

“And at the same time some processors are having to turn down Scotch-branded business, not because the product isn’t good enough, but because the necessary assurance is missing. What a waste.”

Scottish meat wholesalers are adamant that the country still needs more cattle despite the recent market oversupply blip that saw market-ready livestock stacking up on farms.

Speaking to SAMW members, Mr McNaughton said retail chain competition, the timing of this year’s Easter, foreign exchange rates and compressed calving patterns had been responsible for what he described as a “short-term blip” in supply.

“The key message is that we do still require more livestock than we’ve been able to secure in recent years. We have been lobbying for an increase in livestock supplies for the best part of the past 10 years and I would hate to think the imbalance of the past few weeks did anything to derail the progress which we hope is being made on that front.”

That market imbalance led to livestock having to stay on farm rather than go to abattoirs in prime condition, but Mr McNaughton still called on farmers to produce animals that were perfectly in spec.

“If a finished animal is bigger or fatter than our customers want then it is immediately devalued as a product. That makes it harder for us to sell and less profitable for all concerned, farmers included.

“Many farmers get it right, delivering a quality in-spec product time and time again. Those who don’t, however, are wasting their resources and adding cost to all our businesses.”