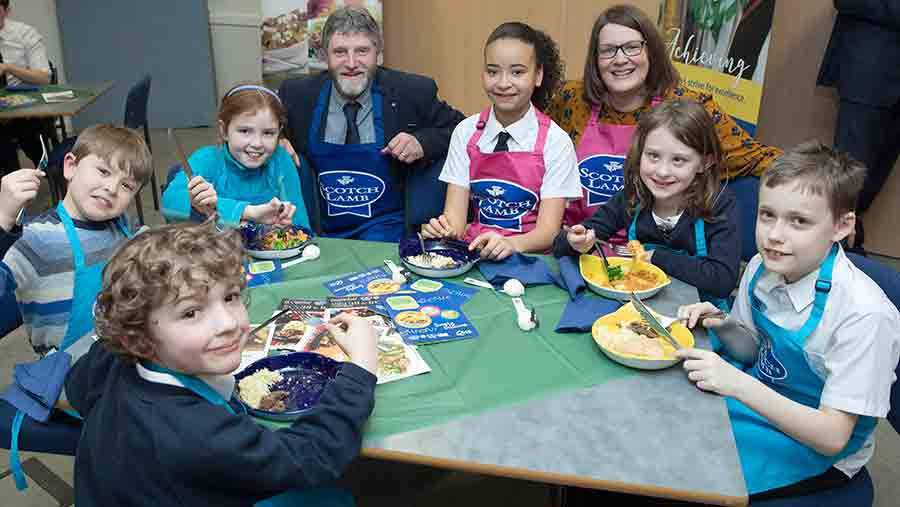 Children in the Scottish Highlands will have the opportunity to enjoy lamb for their school dinners more often after a successful pilot of a wider variety of lamb dishes on the menu.

The 2018 pilot saw a roll-out of lamb dishes including lamb biryani, lasagne and kebabs across primary and secondary schools in the Tayside area of Perthshire.

The scheme was the brainchild of NFU Scotland vice-president Martin Kennedy and local councillor Mike Williamson after it emerged that lamb was missing from the menu in the area.

See also: Analysis: Will there be a lamb price spike in spring 2019?

Mr Kennedy said: “When we started this pilot last year, we weren’t sure how successful lamb would be in school meals, considering the declining consumption in recent years.

“It was terrific to see the results clearly demonstrate that primary and secondary children were enjoying the healthy, tasty lamb dishes.”

NFU Scotland now plans to press the Scottish government to roll out the scheme across country, and is also calling for the wider public sector to take more opportunities to source Scottish food.

Figures from Kantar Worldpanel show that the amount of lamb sold declined 3.7% in the 12 weeks to 27 January 2019 compared with the same period the previous year.