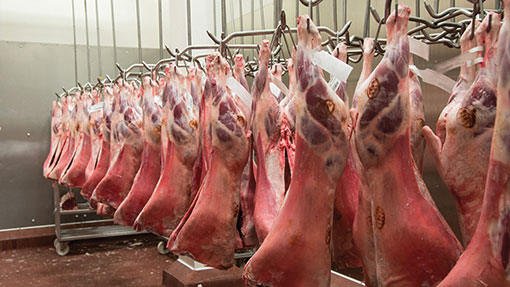 UK lamb and adult sheep slaughterings continue to track below last year’s high levels, with the lamb kill falling by 6% in March to 840,000 head.

However, this was still more than the levels recorded between 2010 and 2012, said a report by EBLEX. “These lower numbers were also largely offset by higher carcass weights, following better conditions and the lower stocking rates that many farms will have experienced.”

At 20.2kg, the average carcass weight for UK lambs in March was 5% higher than last year and the highest monthly average since April 2007.

Adult sheep slaughterings fell by 11% on the year to 134,000 head – almost exactly the same as in March 2012, said the report. “With lower numbers being largely offset by increased carcass weights, UK sheep meat production for March was only 2% lower on the year at 20,600t.”

Prime cattle throughputs increased by 4% on the year to 154,000 head. “As expected, improved conditions have meant that carcass weights for all types of cattle were again heavier than last year.