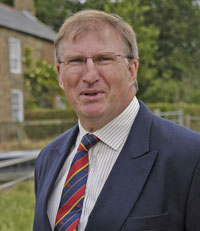 National chairman Greg Bliss will tell producers attending the 2009 LAMMA show (21/22 Jan) that everyone involved in the business of letting farms needs to think long term.

Over a third of agricultural land in England and Wales is farmed by tenants.

But after the deregulation of the market in farm tenancies in 1995 the average length of new tenancies has fallen to only three years and nine months, compared with the lifetime and three-generational tenancies created before deregulation.

“Farm tenancies are important not just because of the size of the sector, but because they offer vital opportunities for new entrants and those looking to expand without the huge capital cost involved in buying land,” said Mr Bliss.

“It is of major regret, therefore, that average lengths of term are so short. Even if we look just at those tenancies which include a house and buildings the average length of term is only nine years and seven months and these cover only 7.5% of all lettings”, said Mr Bliss.

“As well as short lengths of term another big problem is that landlords are increasingly relying upon inflexible lease terms, and, with some notable exceptions, are generally not willing to invest in their holdings.

“In a recent case referred to the TFA from Derbyshire – and, sadly, not an isolated one – a tenant approached his landlord about the £100,000 investment needed in his holding to comply with the new nitrate vulnerable zone regulations.

“Not only was the landlord unwilling to contribute to this investment, but also turned down the tenant’s request to treat any investment he made as a tenant’s improvement, which would have allowed him to be compensated for the increase in the value of the holding when he comes to leave and, therefore, forcing him out of dairy production. This type of short-term, reactionary approach benefits no one,” said Mr Bliss.