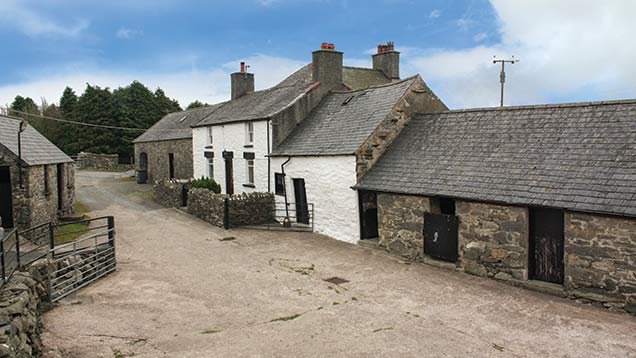 Hill farmers have had more challenges than usual over the past couple of years, with snowstorms, a struggling lamb market and the prospect of lower CAP payments in Wales. Land agents explain the effect this is having on the land market.

What is demand for hill farms like and who is buying?

“We have seen a lot more blocks of bare upland come to the market ,however and these are meeting with good demand,” said Mr Brough.

See also: How to grow a business and hand it over

Investors and charitable bodies were leading the market, attracted by returns from Higher Level Stewardship schemes and inheritance tax protection, said Mr Brough. This was having the knock-on effect of increasing prices for farmers wishing to expand, said Mr Brough.

James Denne, partner at Knight Frank, covering Scotland and the Borders, added that demand in his region was coming from next-generation farmers and retirees interested in agriforestry. Land was usually going for about £500-1,000/acre, he said.

In Yorkshire and the north-east of England, however, strong demand was coming predominantly from farmers, particularly hill farmers in the west looking for drier land, said Steven Fielding, associate at Strutt & Parker.

However, if sporting opportunities were included, interest widened to more lifestyle buyers, he said.

Over in the South West and into Wales, land was also going to non-farming landowners interested in lifestyle, sporting and tax benefits, said Jack Mitchell, land agent at Humberts.

David Powell, Powells Rural director, said demand in Wales was “significantly less this year” as a result of flagging lamb prices and a lower area payment rate for moorland proposed under the Basic Payment Scheme.

These factors had led to hill farm prices plateauing in mid and north Wales and potentially even falling back 18 months, said Tim Main, head of sales at Balfours.

Why are hill farmers selling up?

By and large, hill farmers appear to be weathering the storm, with retirement or downsizing bigger drivers for selling than financial difficulty.

“We haven’t seen any forced sales come to the market,” said Mr Brough. “The uplands are generally managing to balance books at the current time.

“The spring 2013 snowstorms placed people under pressure on the back of the difficult 2012 year with fluke, however it appears a lot of hill farms have managed to weather this storm, as it were, and are making a good recovery now.”

However the picture appears to be mixed. Mr Powell said the loss of agri-environment Tir Mynydd payments were hitting Welsh hill farmers and financial pressures were encouraging some to sell.

Any hill farm sales this year?

Garth Head, an upland stock farm near Castle Carrock on the edge of the north Pennines, sold in September to a local land owner for £950,000 – just below the guide price of £1m.

The farm comprised 240-acres of good-quality mowing and grazing land, plus rough grazing and woodland. It included a stone farmhouse and a mix of traditional farm buildings.

The agent, Mr Brough, said it was the only hill farm the firm sold as a whole in 2014.

In the Yorkshire Dales, the 1,083-acre Hesleden Farm attracted strong interest, said agent Mr Fielding. The “well-balanced” stock farm sold for a little in excess of its £1.55m guide price.

A traditional stock farm in Snowdonia National Park also attracted interest – with six parties bidding on its £1.2m guide price. Set within a ring-fence, 330-acre Moel-yr-Iwrch Uchaf at Llanrwst, was sought after by existing farmers wishing to expand or set up their children on a separate holding.