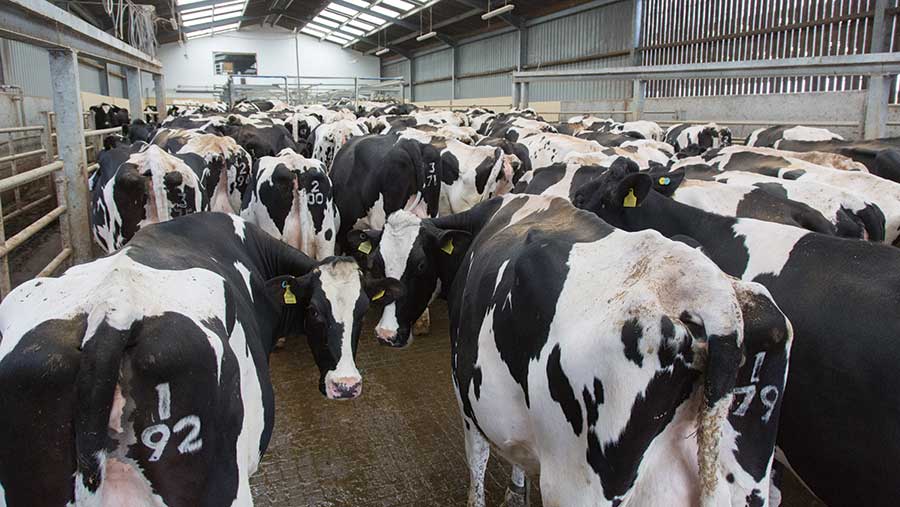 The worst crisis to hit the dairy industry in 20 years has ended, as far as commodity markets are concerned.

However, most non-aligned milk producers are far from breaking even and will continue to lose money until 2017.

The top quarter of dairy farmers should be profitable by early spring, while average farms will take longer.

So what have we learned from the dairy crisis?

1 Farmers have survived, but with collateral damage

Virtually all our clients have survived the crisis by becoming more competitive and resilient, but there is a lot of balance sheet collateral damage – mainly higher borrowings – and businesses will take a long time to recover.

The crisis showed that the milk price can fall through previously unimaginable thresholds.

Businesses may have survived but only just, and it may be several months before the full picture emerges.

For example, we won’t know how many will quit at, or just after, housing this autumn. As well as the balance sheet impact, morale, optimism, and belief in the sector have also received hefty knocks.

There can be too much milk, and processors will introduce schemes to mitigate volume, such as A and B pricing.

The jury is still out on these – some are quickly reflecting higher market values for the likes of cream or spot milk, others aren’t doing so quite as much.

We also know that processors will ditch suppliers, if they can, when they have too much milk.

So the downturn has also highlighted the value of a good contract, especially those allowing a farmer to produce as much milk as he likes, which will be paid at one price (for example, Arla/Muller), compared with one where volumes are arbitrarily constrained or penalised.

Anyone contemplating a return to block calving must also consider the market of the past two years in terms of seasonality, processors’ demand for milk and treatment of suppliers in peaks and troughs. Getting it wrong can severely affect cash flow and profit.

3 Cost-cutting is possible, even when it looks impossible

Against the odds, farmers have managed to cut costs, with many taking 4-5p/litre out, mainly because feed costs were low through the crisis.

Others have challenged rents, achieving reductions of around £125/ha. Joining benchmarking groups to learn how to reduce costs has helped many.

It has been challenging to increase the quality of home-produced forage this year, and a weakened pound will increase bought-in feed costs.

Tight cash flows and maxed-out overdrafts mean it will be difficult to buy feed and stock to increase output to capitalise on the higher prices when they come.

Having too many heifers has made it a struggle for some farms when finances have been tight – the enterprise can divert working capital and make cash even tighter.

We have also learned that cutting output in a bid to cut costs needs very careful appraisal and can be counterproductive. When you cut output you have to make even greater cuts to costs, especially in overheads, in order to get any real benefit.

Our top clients who have invested in holding output are now well-placed to profit from the upturn.

It’s been an immensely difficult time for farmers, knowing they will lose money every day they work. Mental support has been as important as financial support, and sharing worries and problems has been crucial through the downturn.

This is not an easy topic, especially for tough and silent types. Some of the best group work I did this last year was with a specialist coach looking at how to deal with “lose, lose” decision-making.

5 Farmers need to be business resilient too

6 Farmers must prepare for the unexpected

The downturn has taught us that markets can open or close overnight, nothing can be taken for granted – Russia and China are prime examples.

Businesses have to try and be ready for whatever is thrown at them, including Brexit and an assumption that there will be no area payments after 2020.

Producers must mitigate risk by adopting the best system for their farm’s location and resources, and by getting into the right supply chain, suiting their production profile, milk quality and attitude to risk.

Milk buyers also need to be pressed for the development of contract options to mitigate farmgate risk – for example, fixing a proportion of milk cheques forward – this is already being done in Ireland and others need to catch up.

Advice for the future