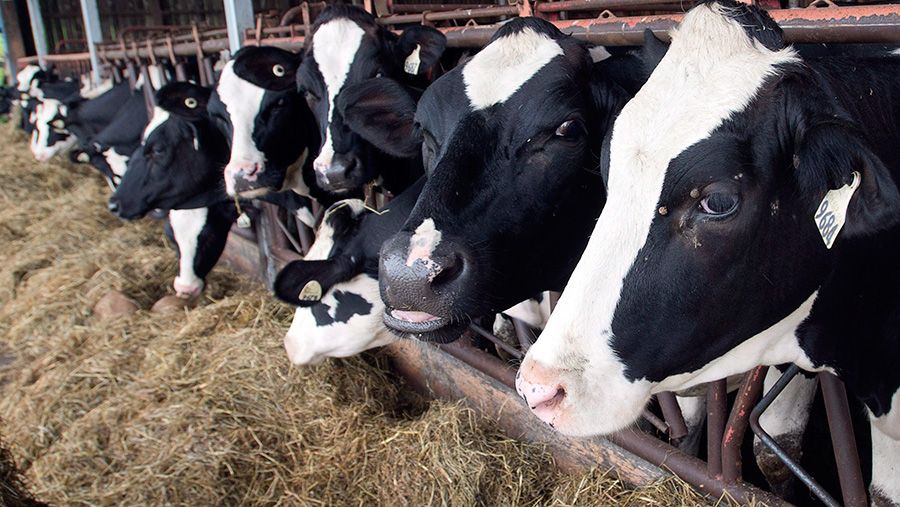 Many dairy farmers have done as much as they can to cut costs and free up cash and are now running out of options to deal with low milk prices, say advisers.

Producers came under intense pressure last year, particularly those on the lowest-paid milk contracts, and reacted by cutting their costs, extending their overdrafts and realising assets or investments to release capital, said David Cooke, projects director at Promar International.

But now, with a second season still dealing with low milk prices, some producers were running out of options to free up cash, while still owing money to suppliers such as feed merchants or contractors from last year, he warned.

Supporting loss-making businesses was a challenge, added Barclays’ agricultural strategy director Oliver McEntyre, but it was easier to do so where producers had done everything they possibly could to mitigate loss.

But he warned: “If you leave it too late, your options narrow considerably.”

He advised producers to contact their bank for help before it needed to contact them and to call with business projections and a strategic plan.

Many farmers were, however, reacting through innovation, said advisers.

“We are seeing some really pressured cases, but where the most pressure is on, we are seeing the most change, with some dairy businesses doing everything they possibly can,” said Mr McEntyre.

Some producers were seeing it as a big opportunity and many were trying different ways of doing things and looking across their business at their enterprise mix, he said.

However, many producers got by last season without doing much to change, he added.

“There are a huge number [of dairy farmers] who would be able to take 3-4p/litre off their cost of production,” said Mr Cooke.

He warned that a large number of farmers still didn’t do proper management accounts and simply looked at their bank balance at the end of the year.

“So many decisions farmers make are emotional because they don’t have the figures to make those rational decisions.”

He advised farmers to first ask what they wanted to get out of their business and look at the line of succession and whether they actually enjoyed dairying.

“We are surprised by the lack of farmers who are asking for help,” said Rachael Chamberlayne, senior product manager at AHDB Dairy, who has been leading the Dairy Decisions initiative.

“There is an increasing number coming forward, but nowhere near the number who should be.”

Advisers said there were still some really good dairy businesses that were profitable. And with cow numbers across Europe and the UK down, others were now holding out for improved milk prices.

The increased focus on cost of production rather than number of cows and litres needed to remain when the market picked up, they said.